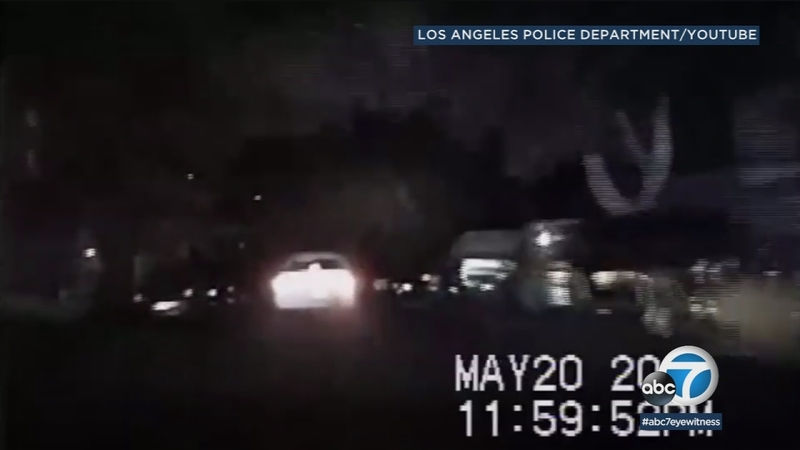 It happened around midnight on May 21 as LAPD officers chased a stolen car. Police said the video shows one suspect firing a shotgun out the passenger window of the car.

The police officer in the passenger seat of the cruiser returned fire. The pursuit ended when the police cruiser lost control and crashed. Both officers were OK.

"Shooting a moving vehicle is inherently difficult and very, very dangerous. Not only for the suspects they're shooting at, but for the officers, too," Thomas said.

Police said the suspects bailed out of the Honda, and both were caught by officers. Officers said they found a shotgun in nearby bushes and multiple shells.

Both men are documented gang members with prior convictions and now facing multiple charges.

"For LAPD to release this, I think, is a monumental step forward saying, 'Hey, we have nothing to hide,' which is huge," Thomas said.

Police said things could change in the investigation as they get more information.