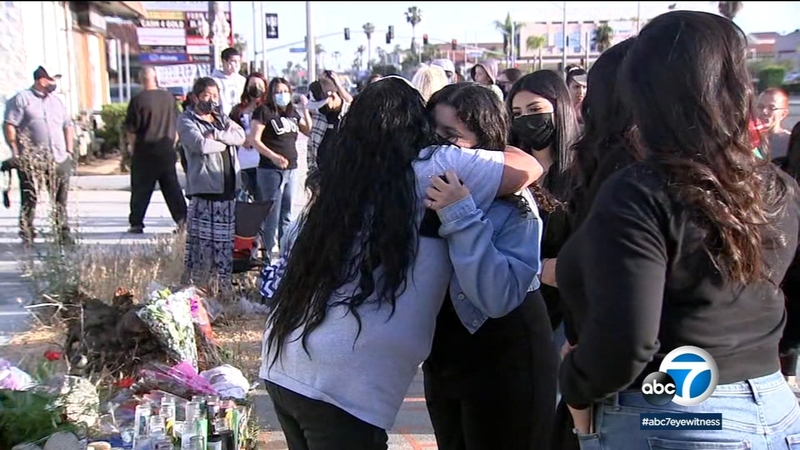 ANAHEIM, Calif. (KABC) -- A tearful vigil was held in Anaheim Saturday honoring three men killed last week when their car was struck by a vehicle that may have been street racing.

Alexander Smiller, 63, of Los Angeles, Jacob Rolon, 32, of La Mirada and Richard Zuniga, 36, of Anaheim were all killed after a Mercedes smashed into their car early Tuesday morning.

Police say the driver and passengers in the Mercedes fled the scene -- but were later found at a local hospital.

Mark Landgreen, a family friend of Richard Zuniga, was clearly emotional during the vigil.

Attendees at the vigil say street takeovers and racing are common in that area, and they hope that this crash spurs police to crack down on the problem.