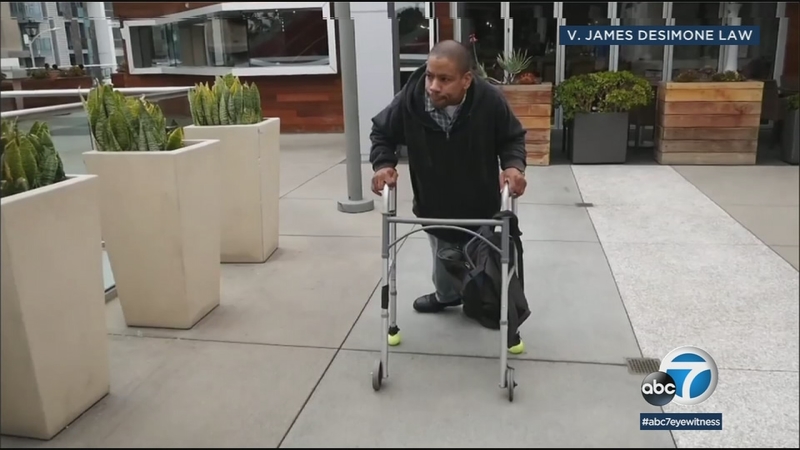 MARINA DEL REY, Calif. (KABC) -- A man with cerebral palsy is suing the ownership and management of a Marina del Rey mall over a broken elevator that prevents him from easily getting to his job, he said.

Todd Williamson, a greeter at an AMC theater in the Villa Marina Marketplace, said the elevator next to the theater that helps him reach the second level to his job has been broken for more than a year.

That makes getting to work an exhaustive experience, he said.

"When I get to work, I'm spent already, and I haven't even clocked in to the clock yet," Williamson said.

He's written to mall management about the problem. In a letter to him, they acknowledge the elevator needs repair and is out of service because it's unsafe to use.

In their letter to Williamson, the management company said there are other elevators on the property he can use, but the closest working elevator is on the opposite side of the mall, and Williamson said it takes him 12 minutes to walk to the theater.

Williamson's attorney filed a lawsuit against the ownership and management company that runs the mall on Wednesday. They claim they are in violation of the American with Disabilities Act, and are asking for compensation and for the elevator to be fixed.

"What the law requires is that when a business has elevators, they have to be kept in good working conditions," said James DeSimone, Williamson's attorney. "There's an understanding that, "OK, it could go out of repair for a day or two," and then you get it fixed, but in this instance where it's been 14 months they're clearly in derelict in their obligations under the law."