Actor and filmmaker Vin Diesel pressed his hands and feet into cement in front of the TCL Chinese Theatre in Hollywood on Wednesday.

HOLLYWOOD, LOS ANGELES (KABC) -- Actor and filmmaker Vin Diesel pressed his hands and feet into cement in front of the TCL Chinese Theatre in Hollywood on Wednesday, just two days before the release of his film "Furious 7."

The seventh sequel in the "Fast and the Furious" franchise marks Diesel's fourth appearance. It's the first film released in the series since the death of co-star Paul Walker in November 2013.

"In some ways, it's a miracle to come from where I come from and be standing here before all of you, to be honored in this way," Diesel said at the ceremony.

"When I started as an actor, there was no such thing as multicultural actors. The lines of stereotypes were so strongly fixed that there was little room for someone like me," said Diesel of his mixed heritage. 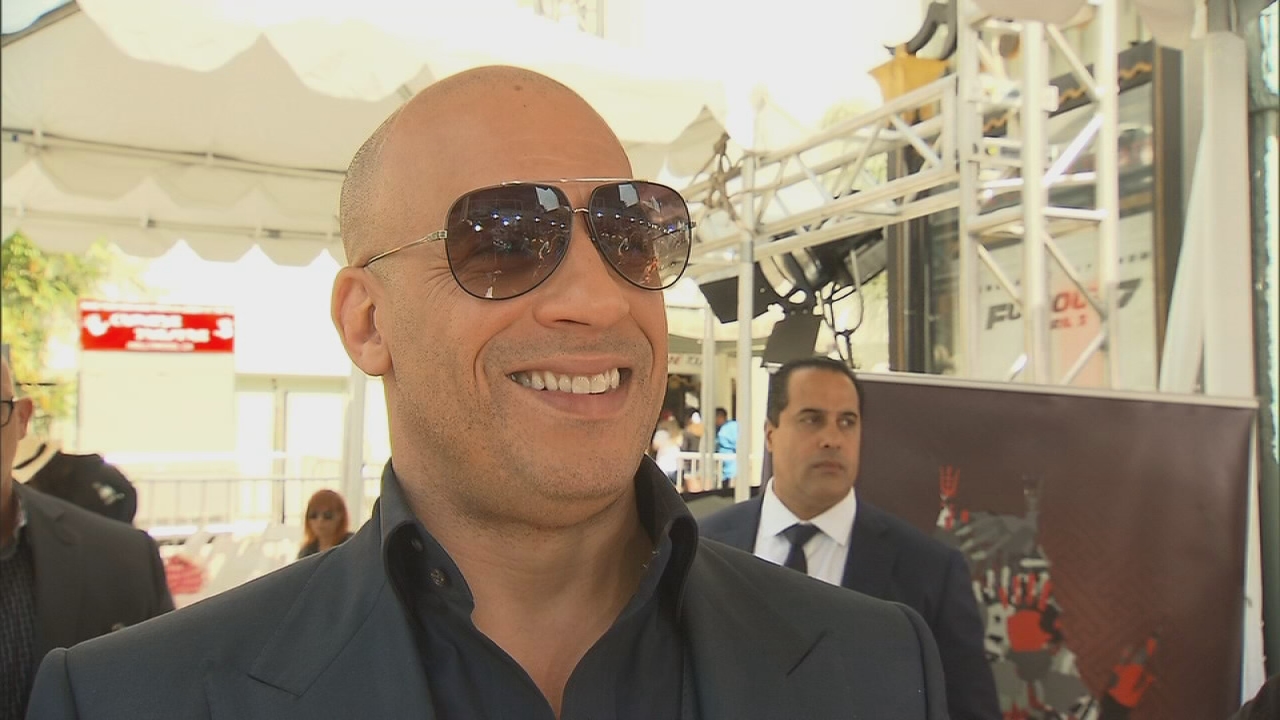 During the ceremony, Diesel noted that the franchise has defied all expectations.

"Just look at 'Furious 7.' You couldn't hope for a studio to honor a brother the way they did," Diesel said. "For as long as I live, I'll always be grateful for Universal for the homage that they did so -- with their hearts and with so much class. The fact that they allowed us to feel in our hearts that we're making Pablo proud, it makes me believe that Paul is here with us today."