The hashtag #StandWith Keaton continues to trend on social media. But now, some people say they don't stand with the middle schooler from Tennessee, despite his moving plea.

The hashtag #StandWith Keaton continues to trend on social media. But now, some people say they don't stand with the middle schooler from Tennessee, despite his moving plea.

Keaton's mom Kimberly first posted the video on Friday on her Facebook page recounting how kids would pour milk on her son, making him afraid to go to lunch.

Since then, celebrities have flocked to support him. University of Tennessee quarterback Jarrett Guarantano spent the day with Keaton yesterday and tweeted, "Now I have the little brother I always wanted."

But backlash is growing after pictures surfaced on social media of the family posing with Confederate flags.

In an interview with "Good Morning America," Kimberly Jones responded to online accusations of racism by saying: "That's not who we are."

"I feel like anybody who wants to take the time to ask anybody who I am or even troll through some other pictures, I mean I feel like we're not racist," the boy's mother said. "I mean, people that know us, know us."

She said the photo "was meant to be ironic and funny and extreme," she added. "I am genuinely, truly sorry. If i could take it back I would."

But Actor Patton Oswalt from ABC's "Agents of SHIELD" said, "Keaton didn't get to choose the family that raised and shaped him -- how 'bout showing him that people of all races and creeds can come together?" 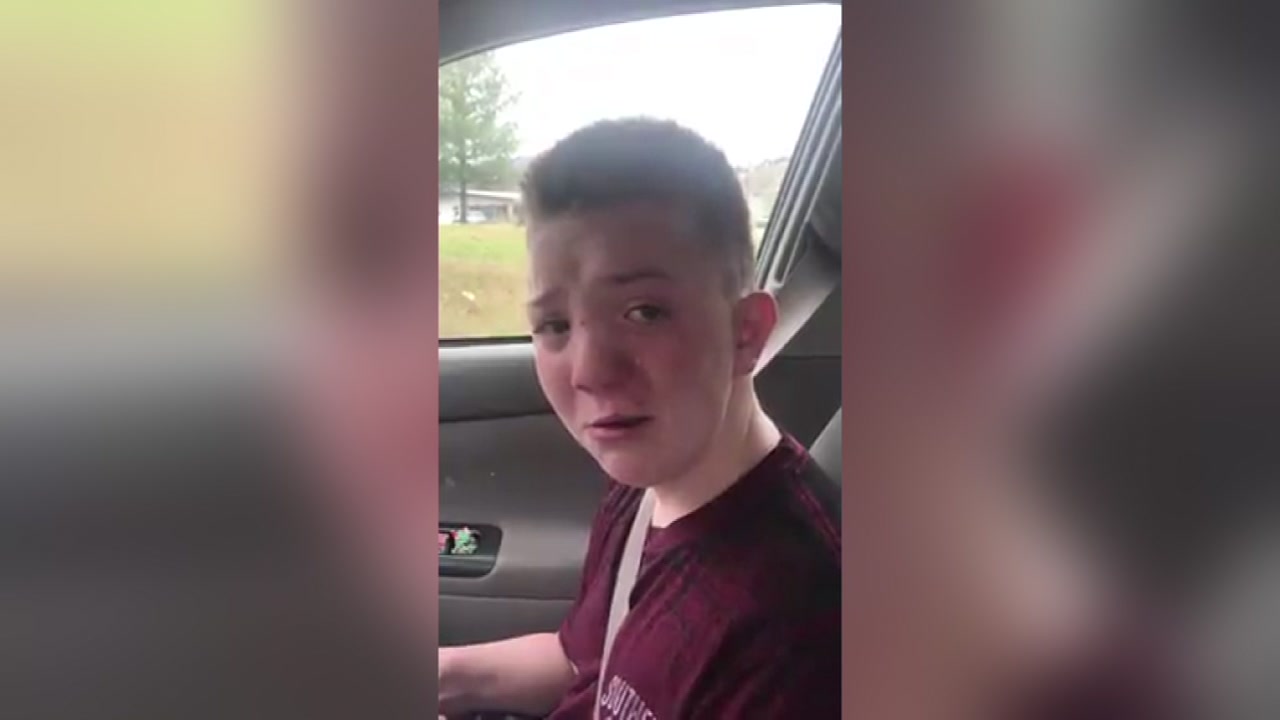