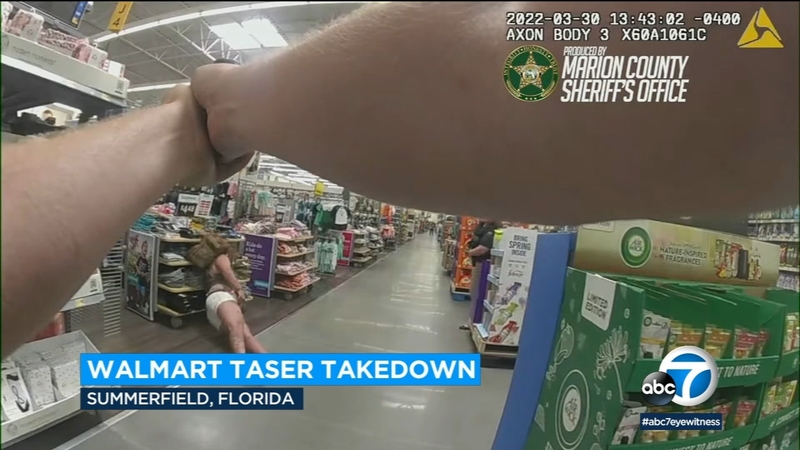 SUMMERFIELD, Fl. (KABC) -- Dramatic body camera video shows a deputy in Florida deploying a Taser on a woman who was allegedly high on meth and threatening customers with a brick and a knife inside a Walmart store.

It happened on Wednesday, March 30, at a store in Summerfield, Florida, located northwest of Orlando.

According to the sheriff's office, 32-year-old Brandy McGowan went inside the store wielding a brick and began threatening customers as she was walking around.

Investigators say she found a pocket knife for sale and began opening it with a pair of scissors from the store. Once she got the knife, the sheriff's office said McGowan continued to threaten workers and customers until deputies got there.

The video shows the deputy deploying his Taser as McGowan falls to the ground.

According to the sheriff's office, she had ingested approximately four grams of methamphetamine earlier in the day.

She was sent to the hospital for evaluation. The sheriff's office says she'll be booked into jail upon her release.