Walmart is hiring 50,000 more workers before May 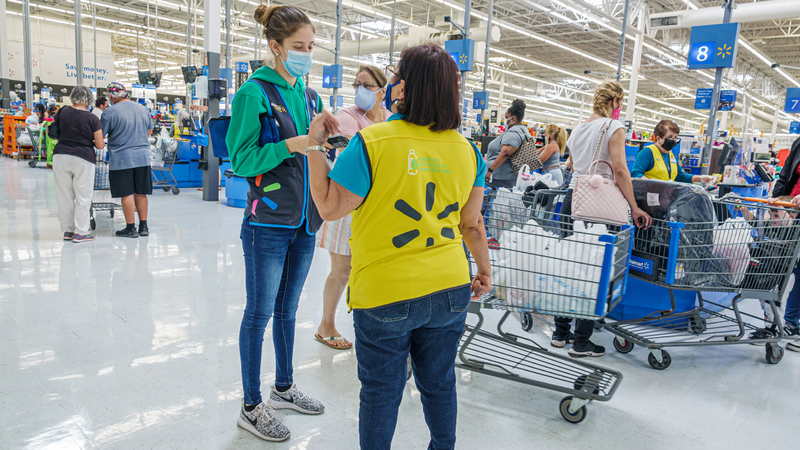 Walmart is hiring 50,000 more workers before May

Walmart is planning to hire more than 50,000 workers in the United States this spring.

America's largest retailer said in a statement Wednesday that the jobs will be filled in its stores, clubs, campuses and supply chain facilities. The company plans on hiring the new workers by the end of its current quarter, which ends in April. The Wall Street Journal first reported the news.

Last year, Walmart hired about 5,500 pharmacists and pharmacy managers, more than 13,000 pharmacy technicians, and about 4,500 truck drivers. The company employed 1.6 million workers in the United States as of the end of March 2021, according to Walmart's most recent annual report.

In a tight labor market, Walmart boosted employees' pay to $16.40 an hour and up to $30 an hour in "select roles and market."

Target, meanwhile, recently announced that it's raising the starting wage for workers in some positions to to $24. Walmart's rival said the increase will apply to hourly workers at its discount stores, supply chain facilities and headquarters.

Target boosts its starting pay for some jobs to $24 an hour, part of $300M investment in workforce
EMBED More News Videos

Target announced Monday that it is raising its starting wage for hourly workers in some positions to up to $24.

The moves comes amid an ongoing worker shortage in the retail industry, partly triggered by the pandemic, as companies across the board struggle to retain and hire more workers.

"Alongside the health risks, uncertainty and stress of working during a pandemic, many service-sector workers continue to contend with chronically unpredictable and unstable work schedules," according to a recent report from the Shift Project, a joint venture by Harvard University and the University of California, San Francisco.