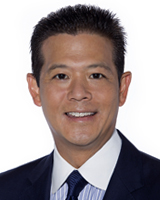 Wat Misaka is a trailblazer who became a first in basketball and helped pave a way for minorities in the NBA.

LOS ANGELES (KABC) -- A fundraiser in Little Tokyo will be held Saturday night for a brand new sports complex in the community, and the guest of honor is a trailblazer who helped pave a way for minorities in the NBA.

The year was 1947. Jackie Robinson broke baseball's color barrier the same year a 5-foot-7 Japanese-American point guard out of Utah was drafted by the New York Knicks.

"That wasn't anything new. All my life I was the first. I wasn't expecting anything like that, you know, and I don't know if they ever went through a draft...I really don't remember how that came about," Misaka said.

The first African-American didn't play in the Basketball Association of America, now known as the NBA, until three years later in 1950.

Misaka played in three games and scored seven points in his one pro season with the Knicks. Although it was brief, Misaka was a trailblazer and forever will be known as a pioneer who paved the way.

"It really didn't matter too much, you know, at that time. It meant more later on," Misaka said. "Later on is when I started realizing just exactly what that sort of thing meant. I felt proud that I was a little guy but I was out there doing my best to represent my people."

In years prior, during World War II, Misaka was a regular target of racial discrimination. Because of his Japanese ethnicity, he would be denied service at restaurants and avoided on the streets.

"Strange thing about it was is that there was more discrimination on the basketball floor," he recalled.

Misaka would serve two years in the U.S. military for the war effort, and rose to the rank of staff sergeant. He's featured in the upcoming book "The Go For Broke Spirit: Portraits of Courage," by photographer Shane Sato.

Misaka, now 94, visited Los Angeles from his home in Utah to be the guest of honor at the Straight Outta Little Tokyo fundraiser Saturday night for the Terasaki Budokan sports complex, which is under construction.

The complex is an important venue for generations to come, following in Misaka's footsteps. It's scheduled to open in the Little Tokyo community in 2020.

"I was always looking for a place to play and equipment to use," Misaka said. "If you don't have any place to play, you might be a diamond in the rough but chances are you're not going to get a chance."