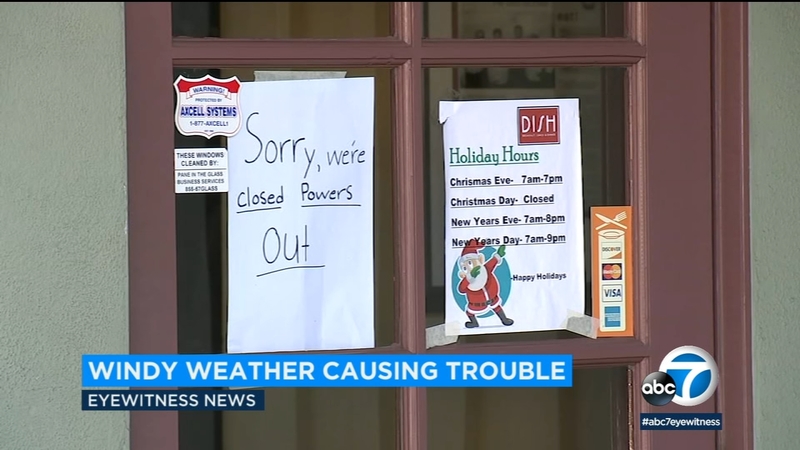 About 1,300 Southern California Edison customers were without power Tuesday in La Canada Flintridge. Traffic lights in the Foothill Boulevard area were out, and businesses were forced to close on the last day of the year, just as some were preparing for New Year's Eve events.

Service was restored to hundreds of customers by late morning.

Residents said they heard the winds kick up overnight and knew there would be problems.

"It was extremely windy and it was all over the place, and you could hear things crashing up against the windows on the house. It was strong all night, I was up," one man said.

The winds topped 60 mph in the mountains of Los Angeles County and surpassed 70 mph at two locations in San Diego County early Tuesday.

The National Weather Service said the winds will settle down later in the day. That should ease conditions for people who camp out overnight on sidewalks in Pasadena to ensure good views of the Rose Parade. Forecasters say the New Year's Day event should be wind-free.

A storm that sideswiped the region Monday is off Baja California and lingering effects are ending.