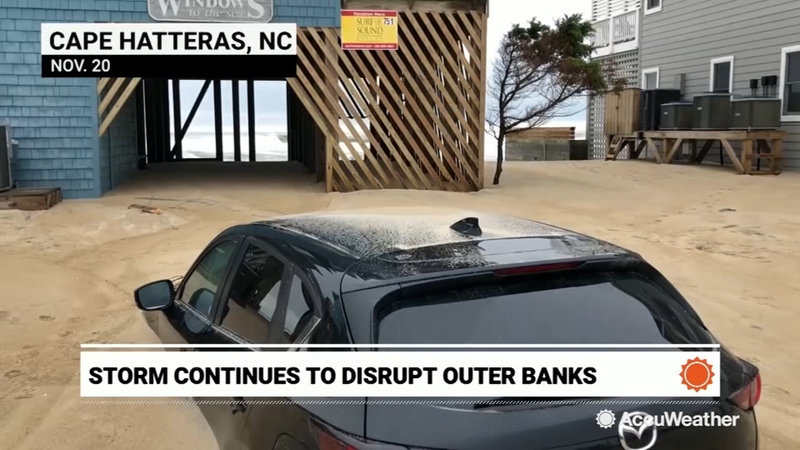 The brunt of the "no-name nor'easter," as some are calling it, focused on the coast of the Carolinas, particularly the Outer Banks.

In the town Avon, North Carolina, a car was buried in about 4-5 feet of sand from one of the dunes, according to AccuWeather.

Nearby, a swimming pool was filled with sand, rather than water.

"People aren't working this week, most of the restaurants are closed, that hurts everybody," Robin Mills, an Outer Banks resident, told AccuWeather.

The North Carolina Department of Transportation painstakingly pushed back against the surf to plow all of the sand off of the highway, which eventually reopened on Wednesday afternoon.

"This is the third storm like this to batter the Outer Banks since September, and it's getting expensive because, once again, property owners will need to dig out like they would for a blizzard," AccuWeather's Petramala said.