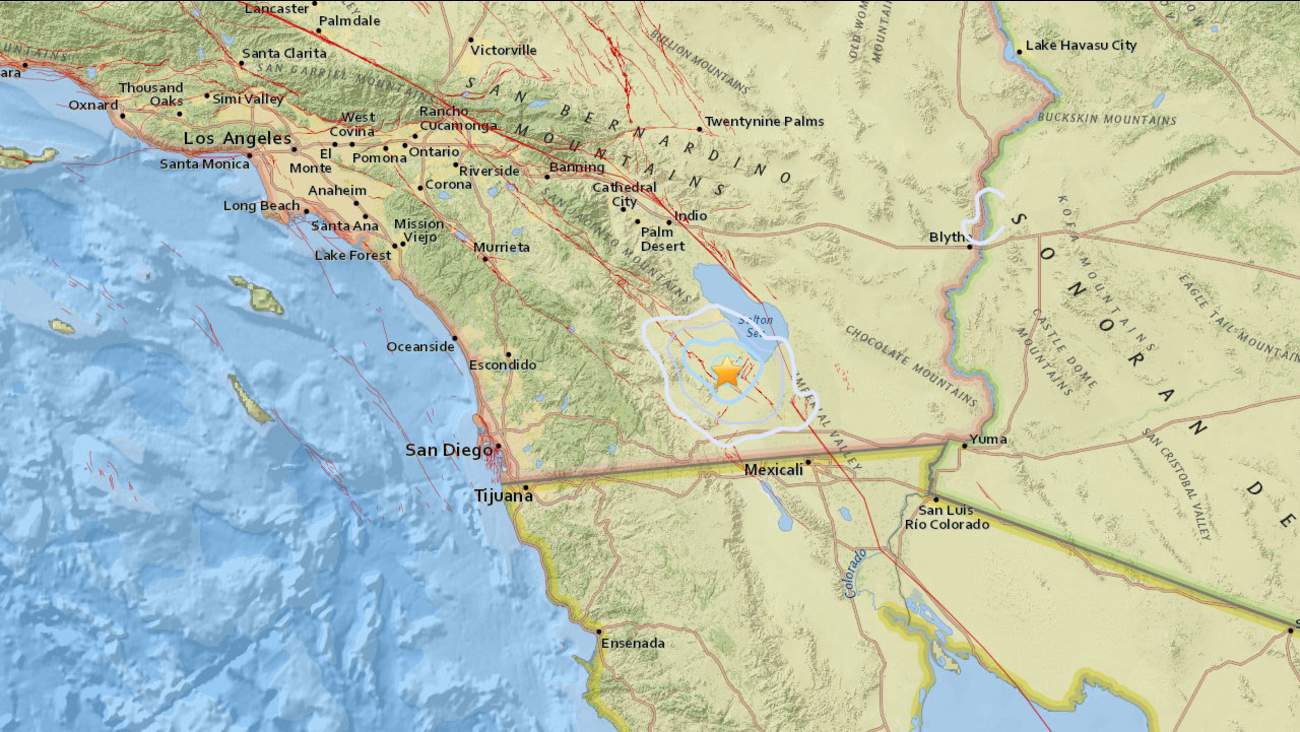 A 3.8-magnitude earthquake, followed by two others, struck 14.3 miles east-southeast of Ocotillo Wells in San Diego County on Saturday, according to the U.S. Geological Survey.

OCOTILLO WELLS, Calif. (KABC) -- A series of earthquakes struck 14.3 miles east-southeast of Ocotillo Wells in San Diego County on Saturday, according to the U.S. Geological Survey.

The USGS reported a 5.7-magnitude quake struck 14.3 miles east-southeast of Ocotillo Wells at about 5:48 p.m. PT but later downgraded it to a magnitude 3.3.

The temblor came after a 3.8-magnitude quake struck around 5:30 p.m. approximately 16.8 miles West of Westmorland and 17.4 miles south of Salton City.

Aftershocks of 3.5 and then 3.1 hit minutes later in the same area.

The quakes come just days after a magnitude 4.5 earthquake struck near Cabazon early Tuesday, and at least 27 aftershocks followed.

Caltech seismologists discuss the 4.5-magnitude quake that shook Riverside County and beyond on Tuesday, May 8, 2018.