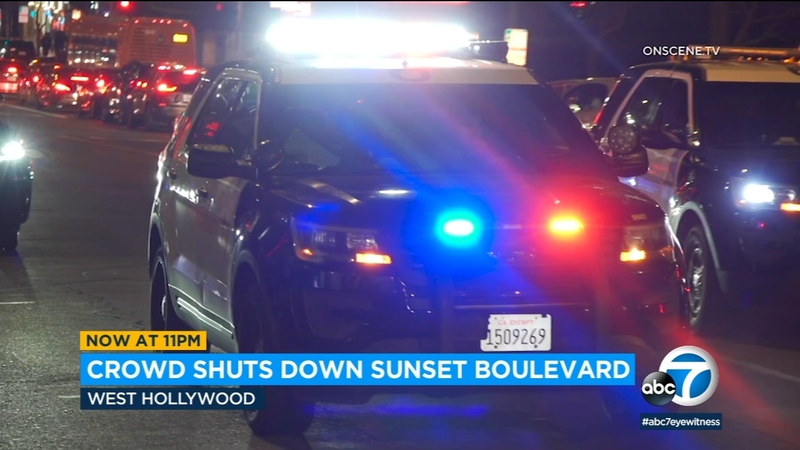 WEST HOLLYWOOD, Calif. (KABC) -- Los Angeles County sheriff's deputies shut down Sunset Boulevard Sunday night, and dispersed a crowd of about 1,000 people after an event at The Roxy Theater was oversold, and the act was a no-show.

The large crowd poured into the street after the hip-hop artist "Yeat" failed to show up at the event. That followed people apparently trying to force their way inside.

The call about the large crowd that gathered at the Roxy, located at 9009 Sunset Boulevard, came in at 7:57 p.m., according to Los Angeles County Sheriff's Deputy Tracy Koerner.

"It appears the venue oversold the event," Koerner said. "Too many people and not enough tickets."

Sheriff's deputies shut Sunset down, and dispersed the crowd.

There were no arrests, officials said. No further details were immediately known.