The victims were robbed at gunpoint in the middle of a street as a witness recorded the incident on video.
KABC
By Ashley Mackey 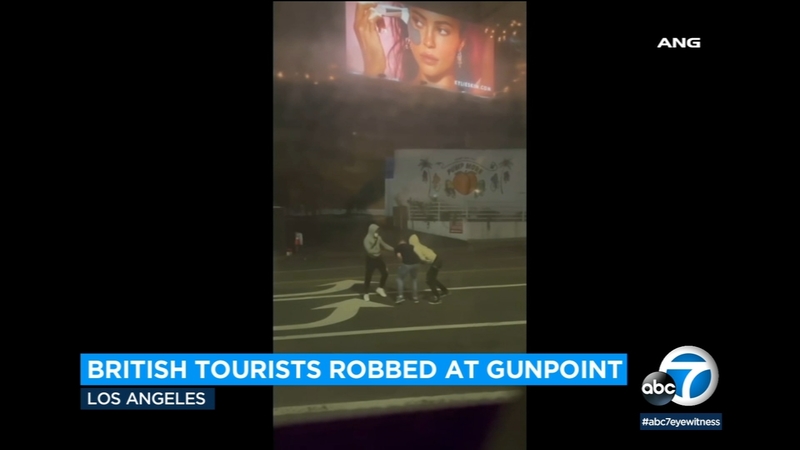 LOS ANGELES (KABC) -- Two British tourists were targeted in a brazen armed robbery in Los Angeles that was caught on video by a bystander early Friday morning, authorities said.

The victims said they were leaving a nightclub when the robbers approached them and stole a bag and their high-end watches, worth tens of thousands of dollars, before fleeing.

"Personally, I would not come back here again after that," William Saunders said, recounting the incident. "I've never even seen a gun before -- let alone have one at my head."

A witness recorded part of the chaotic encounter on video, which transpired in the middle of a street.

"I honestly thought I was going to lose my life at one point, because he said: 'Give me your stuff, otherwise I'll shoot you,'" Saunders said. "I've never experienced anything like that in my life."

The two victims were not seriously injured.

Detailed descriptions of the robbers were not available.

Correction: An earlier version of this article reported that the robbery occurred in the city of West Hollywood. The crime took place in Los Angeles. The story has been updated.