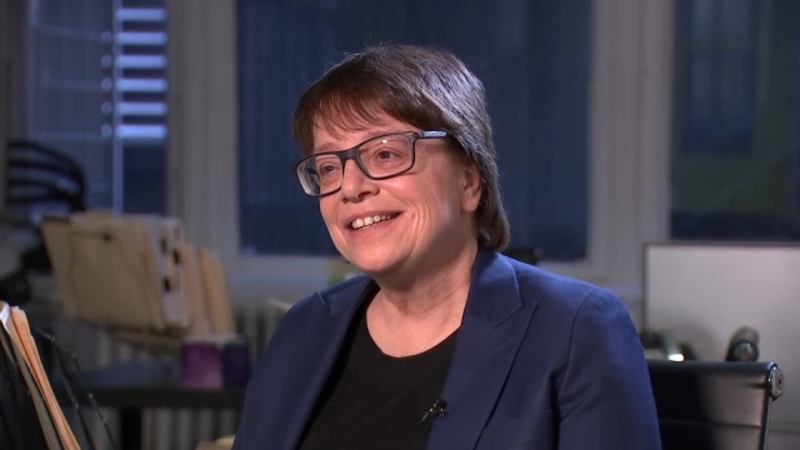 The movie "West Side Story" has earned seven Oscar nominations this year, including one for Best Picture, and Steven Spielberg earned a nod for his direction.

Final results will be announced on Sunday during a live show on this ABC station from the Dolby Theater in Hollywood.

The large cast of the movie was chosen after an extensive search lasting almost a year, and the process of selecting performers who are perfect for each role in a movie is about making the whole greater than the sum of the parts.

That is where Cindy Tolan excels.

She may not be a household name, but Spielberg sure knows who she is -- and so do the stars of "West Side Story."

"Steven Spielberg wanted to cast the movie as authentically as possible," Tolan said. "And he essentially said, 'I won't make this movie if we can't do that.'"

Three of America's funniest ladies are at the right place at the right time, and however many laughs they may get, the trio is guaranteed to make history.

Tolan is a casting director, the first point of contact for a performer looking for a job and a key asset for any filmmaker who is looking to find the perfect ensemble for a movie.

"What's very important is that you want to build one cohesive whole without losing each individual actor's voice," Tolan said.

She cast a wide net, auditioning 30,000 people to find performers who could sing, dance, and act on screen.

She was also looking for those with charisma -- sometimes called the "it" factor -- to pop on-screen.

"They had to be quadruple threats," Tolan said.

Her first step was to start a social media campaign.

"We created a flier that went viral," she said.

When a New Jersey teen named Rachel Zegler sent in an audition tape of "I Feel Pretty" recorded in her bathroom, Tolan told Spielberg that he had to hear and see her.

Later, Zegler was cast in the key role of Maria.

On Broadway, Ariana DeBose was so busy playing "Disco Donna" Summer that she didn't even want to audition for the movie musical. Tolan asked four times and finally convinced her to try out.

Now, she's nominated for an Oscar and won for Best Supporting Actress at the British Academy Awards.

"I would not be here if she had not dragged me in the room," DeBose said in her acceptance speech. "So before Steven said 'yes,' someone had to open the door. And it was her."

Will Smith is widely expected to win his first Oscar for playing the father of tennis superstars Venus and Serena Williams in "King Richard."

Her gratitude is matched by others less well known. Dancers Jeanette Delgado and Ilda Mason gushed about how much they owe Tolan at the National Board of Review Awards.

"It means so much to us as Latinas telling this story," Mason said. "And Cindy Tolan gave us that opportunity."

The Academy of Motion Picture Arts and Sciences doesn't give out Oscars for casting, despite the fact the current president of the organization, David Rubin, is a respected casting director. But there can be no doubt the job is absolutely critical to the success of the movie.

"West Side Story" is from 20th Century Studios, which is owned by Disney: the same parent company as this ABC station.