Investigators say Rebecca Grossman, chairwoman of the Grossman Burn Foundation, was driving the car that struck the two boys.
KABC
By Rob Hayes 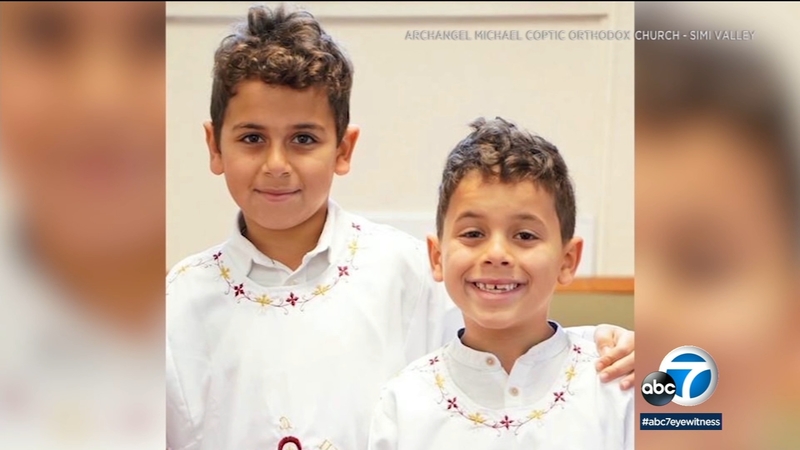 WESTLAKE VILLAGE, Calif. (KABC) -- A memorial is growing for two brothers, ages 8 and 11, who were hit and killed by a driver while they were crossing the street with their family.

Members of the Westlake Village community on Thursday continued to bring flowers and other mementos to the scene of the collision.

The crash happened right in front of the boys' parents and two siblings as they were in a crosswalk on Triunfo Canyon Road around 7 p.m. Tuesday.

Investigators with the Los Angeles County Sheriff's Department say well-known philanthropist Rebecca Grossman was driving the car that struck the two boys. Grossman is the chairwoman of the Grossman Burn Foundation and part of the family that founded the Grossman Burn Center.

Grossman, 57, has been released from jail after posting a $2 million bond. Investigators say Grossman may have been street racing and that alcohol may have been a factor in the collision.

The sheriff's department says it has surveillance video of the incident and is looking for a possible second car that may have been street racing.

The sheriff's department tells Eyewitness News it believes one of the boys was carried down the road on the hood of Grossman's car and that when she eventually hit the brakes, the boy landed in the street, only to have Grossman drive over him and leave the scene.

Sheriff's deputies got to the scene and found 11-year-old Mark dead at the scene. His 8-year-old brother Jacob died a few hours later after he was transported to a hospital.