Husband identified as prime suspect in murder of wife, 2-month-old son in Westmont 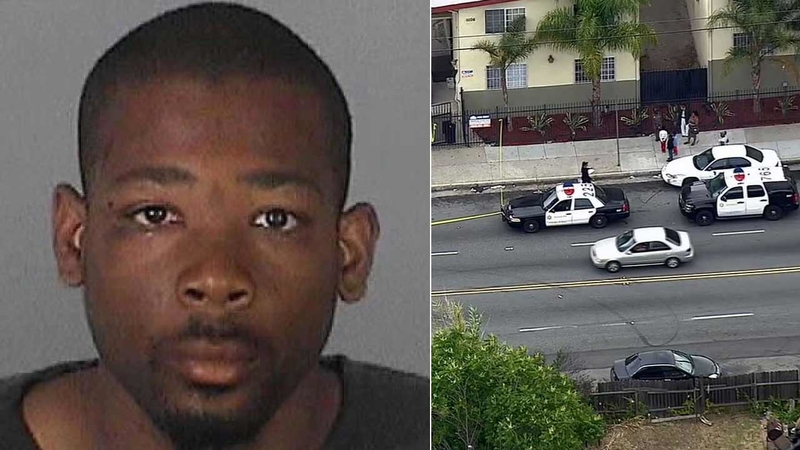 Husband identified as prime suspect in murder of wife, son in Westmont

LOS ANGELES (KABC) -- Los Angeles County sheriff's homicide detectives are searching for a 26-year-old man suspected of murdering his wife and their two-month-old son in Westmont.

The suspect's mother found the bodies of the two victims inside the residence in the 11100 block of S. Normandie Avenue Thursday morning.

When deputies arrived at 8:11 a.m., they found the woman performing CPR on the 2-month-old boy, Joshua Rieux, outside. Inside the residence, they found the body of a woman who was identified by detectives as 26-year-old Jacqueline Rieux.

Both Rieux and the baby were pronounced dead at the scene. Their cause of death has not been determined.

"The investigators have determined and identified the husband of the deceased female as the suspect," said Lt. Dave Coleman of the Los Angeles County Sheriff's Department.

Investigators believe Algernon Rieux may be in the San Pedro area. Rieux is 5 feet 7 inches tall and weighs about 160 pounds. He is bipolar, possibly suicidal and under the influence of methamphetamine.

"They were outside yesterday sitting on the porch like everything was fine, and then he just, I guess, flipped at the end of the day," Clevette Foxworth said. "Nobody deserves to go through what she went through."

No further information was immediately available. Anyone with information on Rieux's whereabouts was urged to contact the Los Angeles County Sheriff's Department's Homicide Bureau at (323) 890-5500.