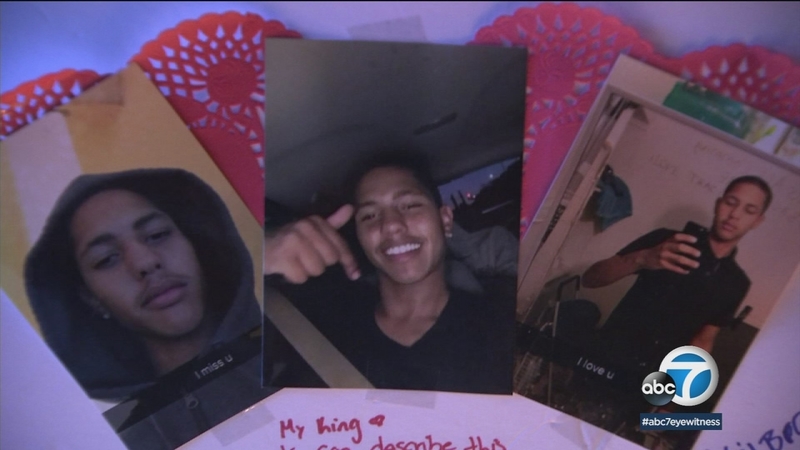 WESTMONT, Calif. (KABC) -- The father of a 16-year-old boy who was shot and killed by Los Angeles County sheriff's deputies in Westmont spoke out Tuesday.

It didn't take long for John Webber to highlight his family - 10 children all together, including Anthony, or AJ as his mother called him.

"I want to know what's going on and you know...that's all," John Webber said.

On Sunday, the sheriff's department said AJ was in known gang territory and waved a gun at a passing motorist.

The sheriff's department went on to say that someone heard deputies yell at the younger Webber not to move. Deputies also said AJ was a known gang member.

But John Webber, who runs a recycling center and small market in South Los Angeles, said his son was no angel and known to smoke weed but he wasn't in a gang. AJ also worked part time at the recycling center.

AJs mother also spoke with Eyewitness News during a vigil Monday night, and she wanted to know why her son had to die.

"He didn't deserve this. He don't have that kind of heart," Demetra Johnson said.

John Webber said the last thing he texted his son was "goodnight."

None of the deputies had body cameras on during the shooting, and no gun has been recovered. But department officials said there was a crowd of about 30 to 40 people at the scene and they believe someone took a gun from the teen's body.