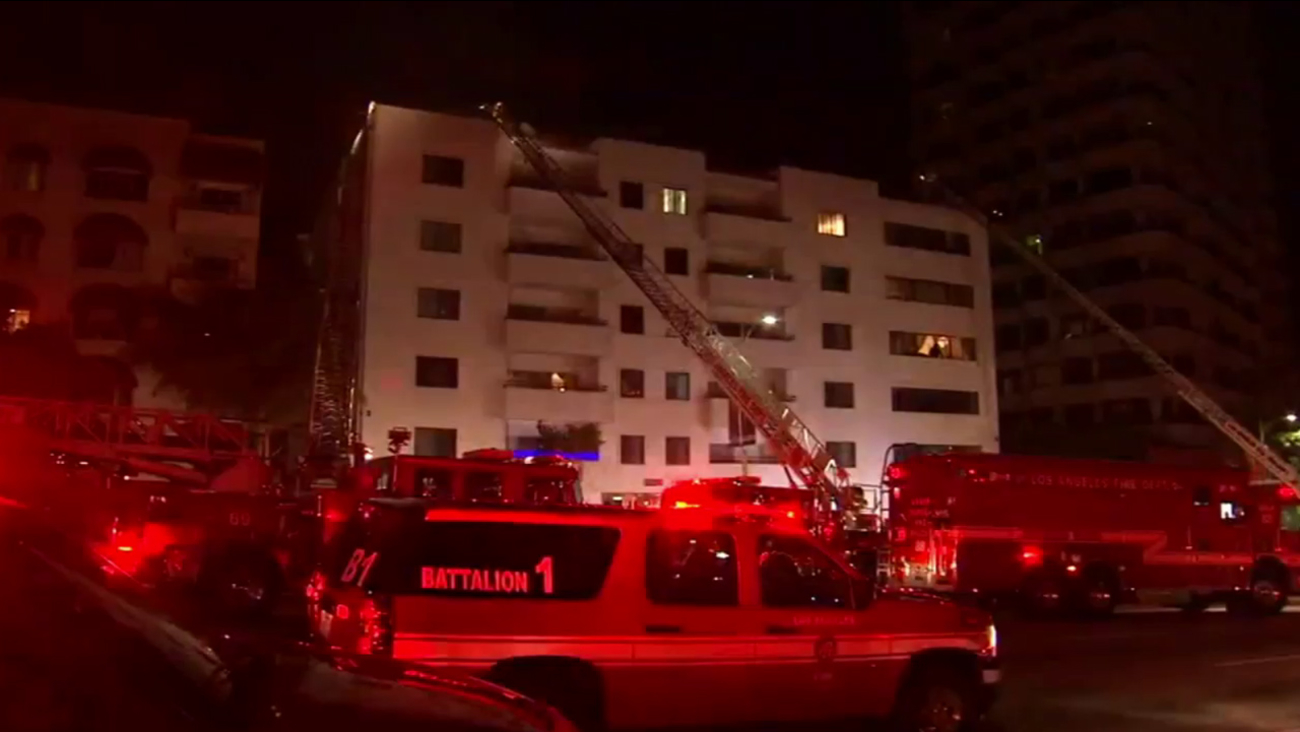 Firefighters respond to a fire at an apartment building in Westwood on Saturday, Dec. 20, 2014.

WESTWOOD, LOS ANGELES (KABC) -- One woman was injured and about six units were damaged after flames erupted at a five-story apartment building in Westwood Saturday night.

About 130 firefighters spent nearly an hour knocking down the flames first reported at about 8:26 p.m. at Wilshire Manor Apartments in the 10630 block of Wilshire Boulevard.

One woman was taken to a hospital with smoke exposure. A handful of residents were evacuated from the building and most residents on the fourth and fifth floor sheltered in place with firefighters. By 8:45 p.m., fire officials said the flames ran from the fourth floor to the roof.

A fire spokesperson said the flames may have started at an electrical box.

Wilshire Boulevard between Westholme and Manning avenues was briefly shut down in both directions while firefighters battled the flames.

The 46-unit building is about 58,940 square feet and was built in 1957. Fire officials initially reported the building was six stories, but the building only has five occupied floors and one level of parking.