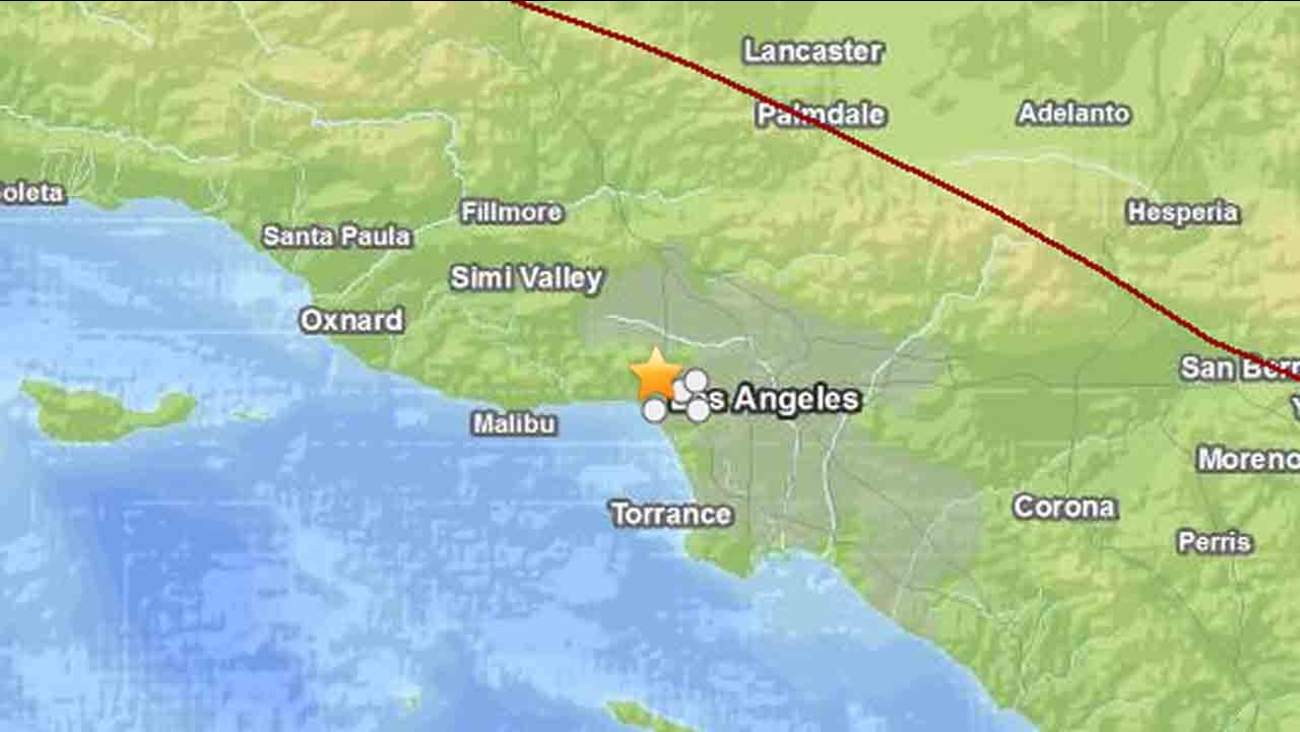 There were no initial reports of injuries or damage.

The earthquake was initially measured at a magnitude of 3.7 before being upgraded to a 3.8 and later a 4.2.

A second temblor with a preliminary magnitude of 1.8 happened about 6 miles north-northwest of Santa Monica at 7:45 p.m., according to the USGS.

Lucy Jones, a USGS seismologist, initially tweeted that the quake was probably an aftershock of a magnitude 4.4-temblor that struck southeast of Encino in the Santa Monica Mountains on March 17, but she later tweeted that Sunday's quake was too far away from the March quake's epicenter to be considered an aftershock.