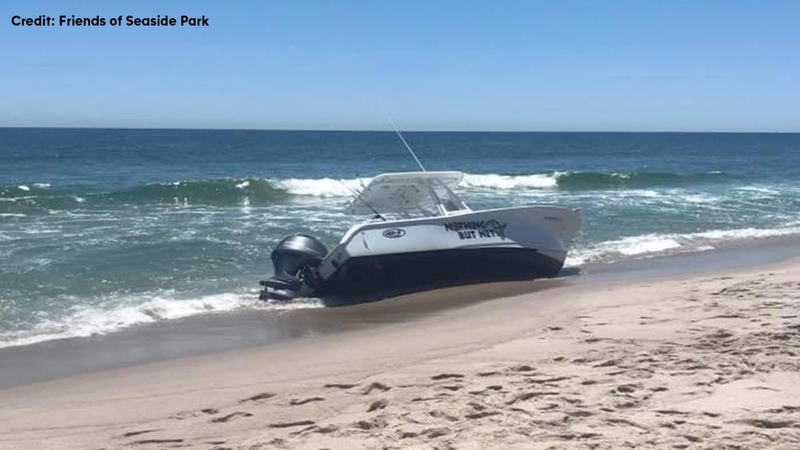 SEASIDE PARK, New Jersey -- Two boaters were thrown overboard after a close encounter with a whale at a New Jersey beach Monday.

The incident happened near D Street in Seaside Park.

Community officials said the whale breached the surface and landed on the boat, which caused the two men to be thrown overboard. The boat beached on the shore.

As far as the whale's condition, it continued to swim and breach after the incident.

Police said no injuries were reported and the whale appeared to be fine.