Nearly 57% of LA residents have responded to 2020 Census; Garcetti wants more to participate 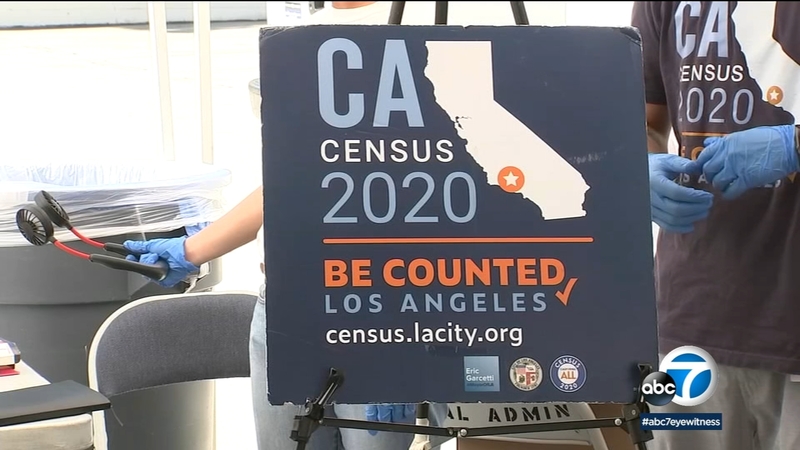 Nearly 57 percent of LA residents have responded to 2020 Census

LOS ANGELES (KABC) -- So far, nearly 57% of Los Angeles residents have responded to the 2020 U.S. Census and Mayor Eric Garcetti is encouraging Angelenos and other cities to take action to increase participation.

Garcetti joined San Jose Mayor Sam Liccardo to spread the message because there's a lot at stake, he says.

"Everybody counts, and we have just three weeks to complete a full and accurate tally of every person in our cities and nation,'' Garcetti said. "What's at stake is nothing less than fair representation in Washington, D.C. and billions of dollars of investments in the health, welfare and safety of our communities."

According to the mayor's office, many large cities currently have response rates under 60%, which is well below the 66.5% national response rate in the 2010 Census.

The Census is mandated by the U.S. Constitution to take place every 10 years. Census data is used to help determine how many representatives are sent to Congress from each state over the next decade and how much federal funding will return to local governments.

As the largest city in the hardest-to-count county in the nation, there are billions of dollars on the line with the Los Angeles Census response, Garcetti said.

The deadline for completing the census has changed a few times but the United States Census Bureau says it now plans to finish collecting data by Sept. 30.

How much money is at stake when you don't fill out the census? Here's a breakdown.