One person involved attempted to flee the scene but is now in custody, according to Whittier PD.
KABC 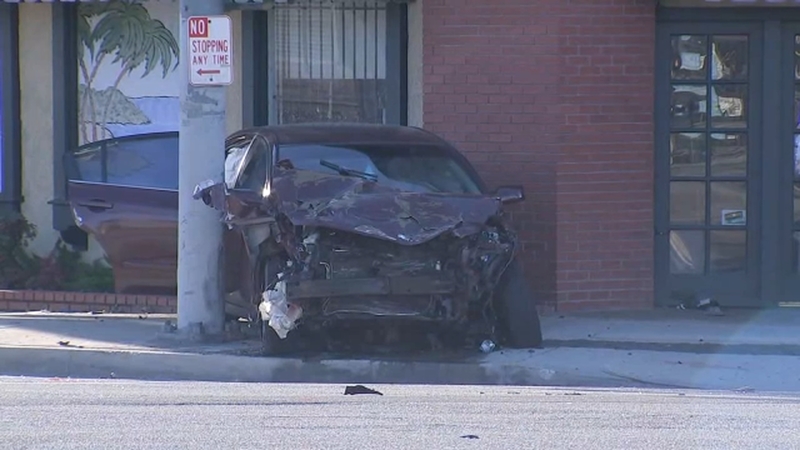 WHITTIER, Calif. (KABC) -- A two-vehicle crash that sparked a fire in the south Whittier area killed one person after one of the cars got pinned against the wall of a building.

It happened at about 5:30 a.m. on Friday at Lambert and Colima roads.

Police say the driver of one of the vehicles - a Honda - ended up pinned against the wall of flower shop, causing both the car and a portion of the structure to be engulfed in flames.

One person involved attempted to flee the scene but is now in custody, according to Whittier PD. The person who was inside the trapped Honda died at the scene.

It's unclear what caused the crash or if either of the drivers were impaired.

Rosa Trujillo, a resident who lives near the area, told Eyewitness News she heard the crash followed by what she thought was an explosion.