Mosquito Magnets: Why mosquitoes find some people tastier than others

KTRK
HOUSTON -- Does it seem like mosquitoes are always out to get you? Or are you one of the lucky ones who never seems to get bit while others seems to be eaten alive?

It is not your imagination. As it turns out there are just some people who get bit more than others, while others seem to have a natural repellent of their own.

On a hot summer morning, after a night of heavy downpours, Lupe Olivares wasn't worried much about bug spray as he entered the Houston Zoo for a day at the park with his family.

"I don't know, I guess I'm not sweet enough or something," Olivares said. Though he wasn't sure why, Olivares said he just does not get bit. As it turns out, Olivares might be right.

"We know that about 10 to 20 percent of people are bit more often than others and it's linked to a number of things," said Catherine Troisi, Ph.D. with UTHealth Public School of Health.

Troisi is an infectious disease epidemiologist and specializes in the spread and outbreak of diseases. According to Troisi, about 85 percent of why people either do or do not get bit has to do with genetics, starting first with build and weight.

People with more body mass breathe harder, in turn giving off more carbon dioxide --which is a gas mosquitoes are attracted to.

"The more work you're doing, the heavier your breathing, so more carbon dioxide is coming out," Troisi said. "If you're a heavier person, you're working harder because you're carrying around more mass."

Troisi said that is why pregnant women tend to get bit more. Other genetic factors include blood type.

"There is some evidence that people with type O blood are bitten more often than people with other blood types," Troisi said.

Researchers aren't sure of just why, though there is something in type O blood that is not a component in other blood types.

Among others things that have been reported to attract mosquitoes, Troisi said anything that increases your body heat. That includes exercise and even drinking a beer, which raises body temperature.

Chemicals on the skin unique to the person, like their sweat, can attract the skeeters. Bacteria also plays a role. Most people have more bacteria near their ankles and feet, where many tend to notice mosquito bites.

Even a person's wardrobe might be attracting the buggers.

"They not only use smell, they use sight to find their targets and so if you're wearing something that stands out, say red or black or something that's in sharp contrast with the environment, then they are more likely to find you," Troisi said.

As for those people who seem not to get bit, Troisi said, "Some people have natural insect repellents --repellents that they exude."

Research is being done to figure out more about those people and their body chemistry.

No matter if you are the biting type or not, there are a few things you can do to prevent mosquito bites:
-Drain standing water around your home where mosquitoes can breed
-Dress in long sleeves and pants at night
-Defend yourself with repellents with DEET or an all-natural solution like Lemon Eucalyptus Oil, proven to ward off buggers 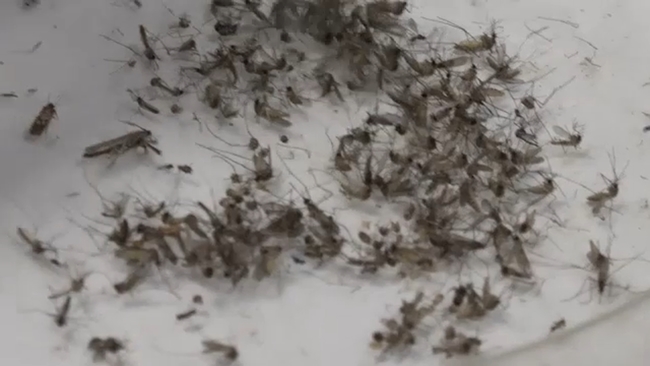 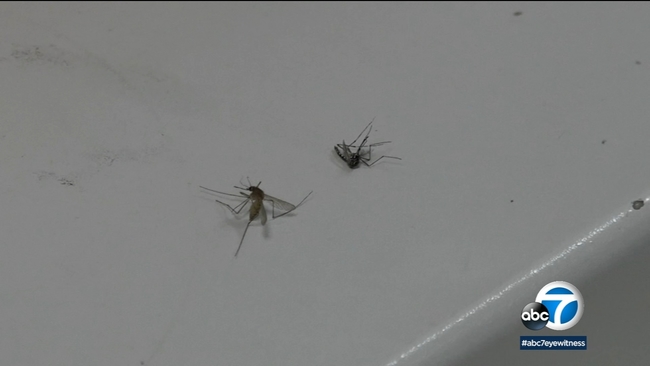