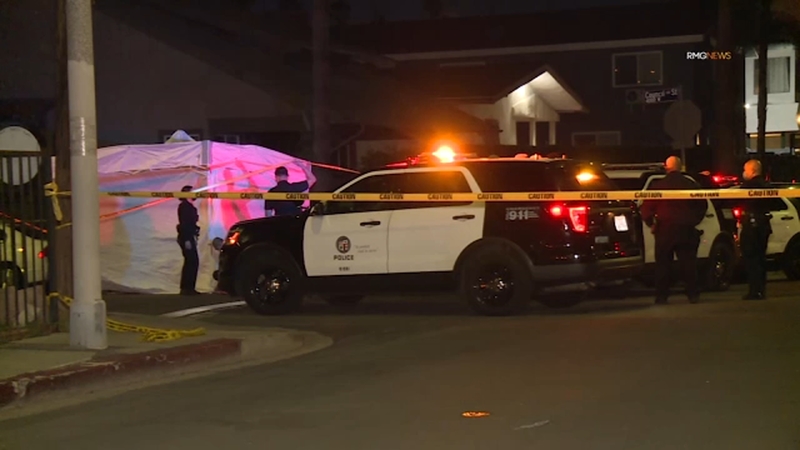 KOREATOWN, LOS ANGELES -- A woman was found fatally shot and her dog was wounded after what police described as a possible attempted carjacking early Saturday morning in Koreatown.

Officers responded shortly after 1 a.m. to a report of a shooting near the intersection of Council Street and Mariposa Avenue, said. Lt. John Radtke of the Los Angeles Police Department. They arrived to find the woman suffering from a gunshot wound and being treated by good Samaritans.

The unidentified victim, whose dog was also shot in the incident, was pronounced dead at the scene, Radtke said. The dog was taken to a veterinarian and is expected to survive.

A man wanted for allegedly shooting his ex-girlfriend to death in front of their 3-year-old daughter in Pacoima killed himself while being pursued by police in Texas.

Witnesses told investigators that the woman had been visiting someone near the scene and was approached by the gunman as she was walking back to her car.

The shooter, described only as a man in his 20s wearing all black clothing. He remained at large.