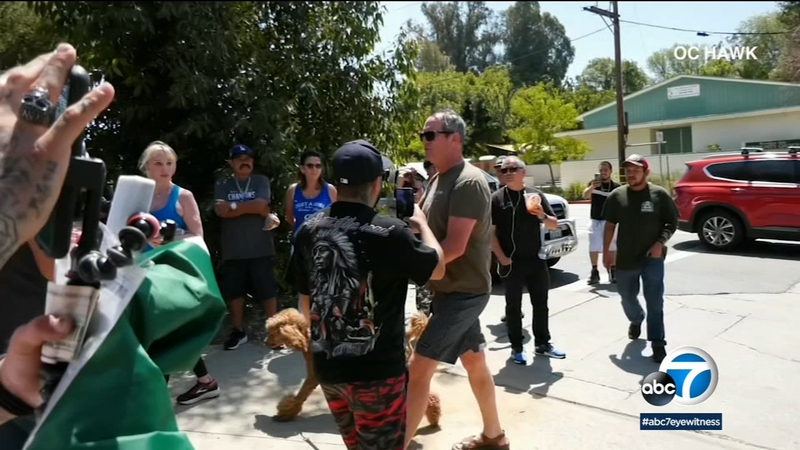 WOODLAND HILLS, LOS ANGELES (KABC) -- In Woodland Hills, a march to support a local fruit vendor who had allegedly been harassed by a resident ended in an arrest Saturday.

The incident happened in April.

On Saturday afternoon, a group of people confronted the man in his neighborhood as he walked his dog, according to the Los Angeles Police Department.

At one point, the group started posting flyers with the man in them, the agency said.

The man eventually grabbed a garden hose and sprayed some of the protesters.

Police officers responded after one of the protesters called LAPD and demanded a private person's arrest, officials said.

Responding officers arrested the man, who has not been publicly identified.