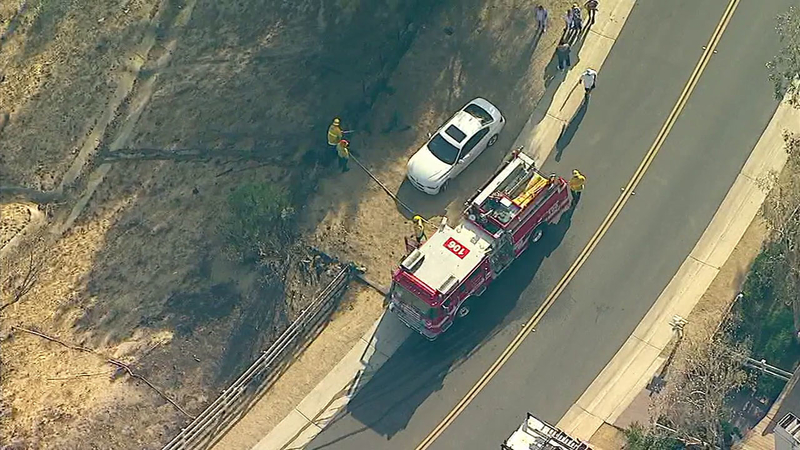 BELL CANYON, LOS ANGELES (KABC) -- A small flare-up of the Woolsey Fire in Bell Canyon was quickly knocked down by firefighters Wednesday morning.

Crews received reports of a flare-up in the 50 block of Saddlebow Road. When the first fire truck arrived, they found a single log on fire. It was sprayed down as anxious homeowners looked on.

The blaze was put out, but crews said they would remain at the scene to make sure no other flare-ups occurred.

Many people have started to return home to what is left of their neighborhoods in Los Angeles and Ventura counties.

Still, those residents have no time to relax as they've been urged to prepare for a rainstorm heading to the region that could cause mudslides in the newly burned areas.

Sandbag stations have been set up all over Ventura and Los Angeles counties so that people can protect their homes from debris.

Cleanup crews were also getting moved into the area in preparation for the possible mudslides.