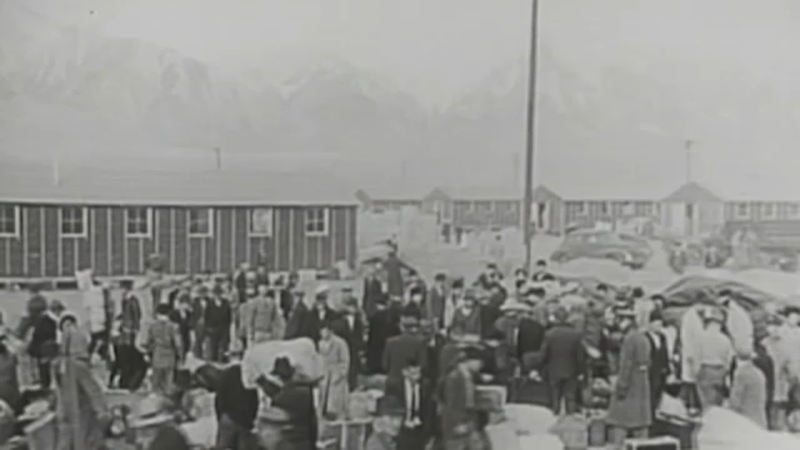 PASADENA, Calif. (KABC) -- A formal apology could be coming this week as the United States marks a dark chapter in history when Japanese-American men, women and children were sent to internment camps 78 years ago.

Lawmakers in Sacramento will vote Feb. 19 on the formal apology. It was on that date in 1942 when President Franklin D. Roosevelt ordered the internment of Japanese-Americans during World War II.

If approved, it would formally apologize for California's role in the mass incarceration of more than 120,000 Japanese Americans. Unlike a 1988 apology by the federal government, HR 77 will not include any financial compensation.

"I want California to lead by example by acknowledging our past mistakes," Muratsuchi told Eyewitness News.

Muratsuchi was born in Japan and described California as being ground zero for much of the nation's anti-Japanese prejudice even before WWII. Now, he sees similar injustices happening in the United States, which prompted him to spearhead the introduction of this new resolution.

"We see history repeating itself with children and families being held in cages and being torn apart. We see it with Muslim Americans being targeted as national security threats." said Muratsuchi.

"We have to be vigilant that this doesn't happen again," Masuda said.

Masuda said that even upon his parents' release, the racism and barriers persisted.

HR 77 is expected to be approved Thursday with Gov. Gavin Newsom's endorsement.

Masuda has mixed feelings, telling Eyewitness News the state Legislature's apology will come too late for most of his relatives who lived through the period of racial injustice.