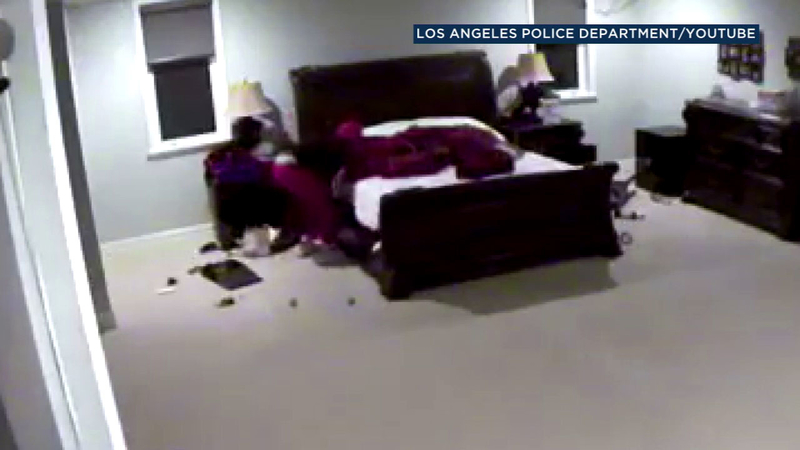 The video, which was released Wednesday, shows the suspects rummaging through the outfielder's upstairs bedroom. One man even searched around and under the bed.

The pair ransacked Puig's home and dragged a safe down a flight of stairs, causing $10,000 in damage. Authorities said the incident happened Sept. 18 in Encino.

Authorities believe the suspects were involved in a previous burglary attempt at Puig's home last month.

He wasn't home during either burglary. It's reportedly the fourth time his home has been broken into.