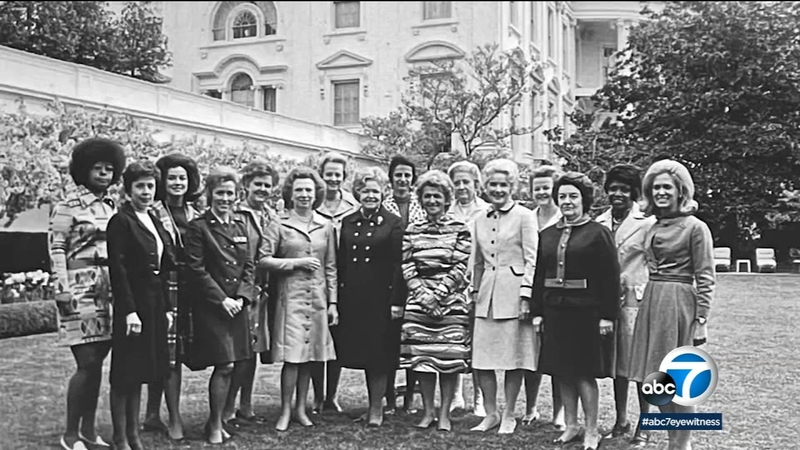 It was a celebration of a Nixon-era civil rights law that changed the lives of women.

Former U.S. Commerce Secretary, Barbara Franklin was part of a task force during the Nixon administration that worked to place women in federal government positions.

On Thursday, Franklin helped to officially open a new exhibit at the Richard Nixon Presidential Library to commemorate 50 years of Title IX: Evening the Odds, Women Leading the Way.

"Early in his administration, to bring more women into the federal government and have a little more equality there, I think started to change, or pushed forward a change, in the conversation in this country about the role of women," Franklin said.

During a luncheon following a ribbon-cutting ceremony, a panel of U.S. Olympic gold medalists-Keri Walsh Jennings, Janet Evans and Courtney Mathewson-shared how they saw open doors in women's sports, thanks to those historic 37 words.

"I never gave a second thought to the fact that I couldn't participate in sports, or wouldn't have the opportunity to play at a higher collegiate level, or at the Olympic level," Mathewson said. "And I think that's great. It's a testament to Title IX."

Four-time gold medalist, Evans, said her focus was now on the next step- ensuring all young girls and kids, regardless of socioeconomic background and physical abilities, have the same opportunities.

"I want young people that don't have that opportunity to experience sports," Evans said. "LA28, in conjunction with the IOC, has a $160 million that we're giving to Parks and Rec of Los Angeles, so no kid can be without sport."

The new exhibit is open to the public. It sits in front of the Loker Center.