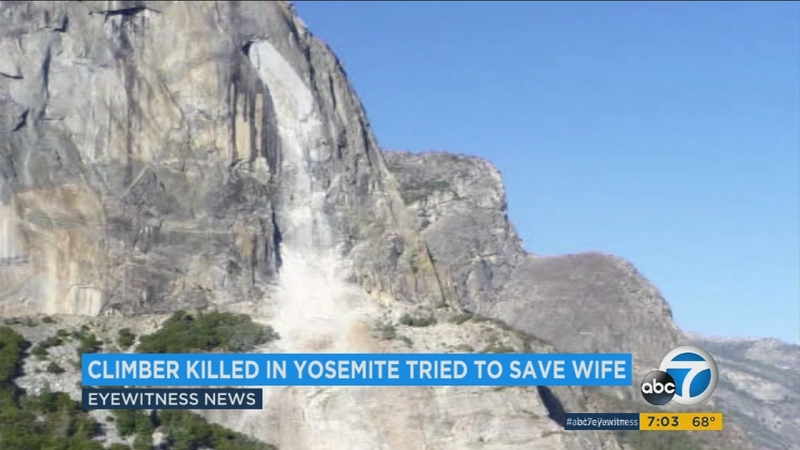 YOSEMITE NATIONAL PARK -- A British climber killed in a rockslide at Yosemite National Park this week died saving his wife, according to a British newspaper.

The Sunday Times in London reported Andrew Foster dove on top of his wife, shielding her from the falling rocks at El Capitan on Wednesday. She was hospitalized with serious injuries.

"Andrew saved my life. He dived on top of me as soon as he could see what was going to happen. He saved my life," wife Lucy Foster told the newspaper.

The couple traveled from their home in Wales to celebrate their first wedding anniversary with a trip to Yosemite Valley.

They had been planning the climb for months.

Another rockslide at the same spot injured at least one other man just one day after the fatal incident.

Stock said it's impossible to predict when and where a rock fall will strike and detecting shifts in rocks could be a sign that one will break loose days or maybe years later.

The elite climbers who flock to the park using ropes and their fingertips to defy death as they scale sheer cliff faces know the risk but also know it's rare to get hit and killed by the rocks.