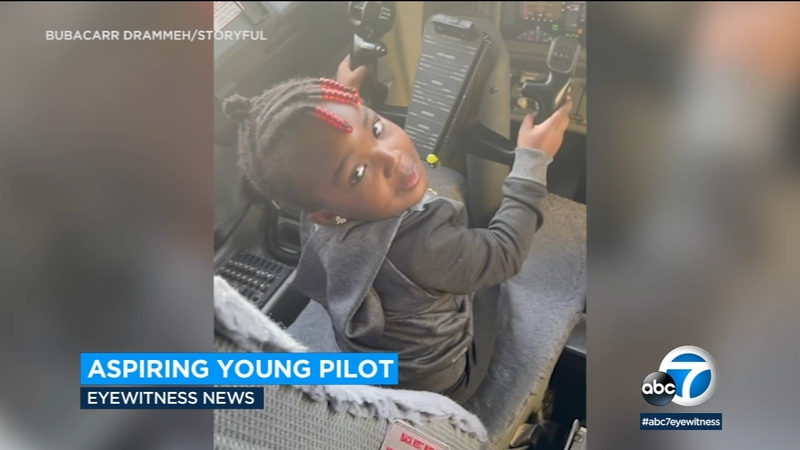 LOS ANGELES (KABC) -- An aspiring young pilot got an up-close look at what could be her future workplace when her flight arrived at Los Angeles International Airport on Saturday.

The video shows a little girl named Asma of Seattle getting full access to the cockpit of a plane while the pilot lets her "fly" the plane.

"She's a professional, I can tell," Delta Airlines Captain Eric said in the video.

The girl's dad can be heard in the video laughing. He says his daughter loves airplanes. Whenever they're outside, she looks up to find the planes in the sky.

When they flew to L.A. from Seattle, he asked the pilot if she could take a look inside the cockpit.

Captain Eric not only showed her around, he even made her the pilot.

Asma's dad says he was "overwhelmed" by the captain's generosity as Asma received the joyride of her life.