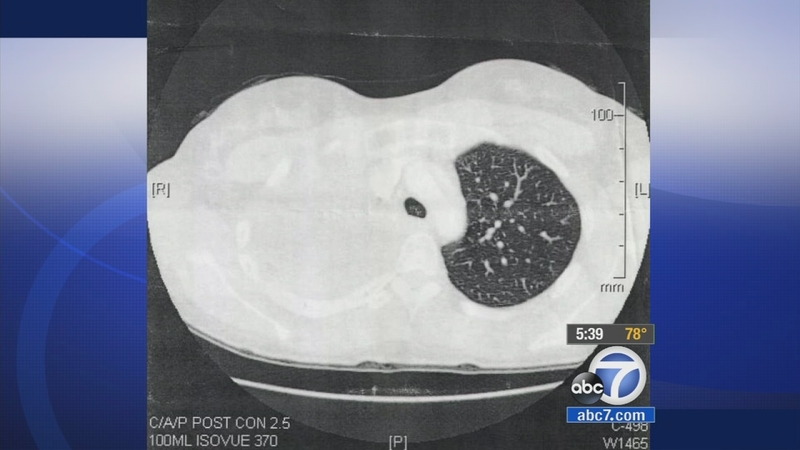 At 28, Emily Taylor had a persistent wheeze and cough. Her doctor told her it was asthma, but Taylor wasn't so sure so she requested a lung scan.

"When we did, we saw that there was some sort of a haziness in the right upper lobe of my right lung," Taylor said.

A CT scan confirmed the shocking news. She had stage four cancer.

"I was a healthy, non-smoker athlete. I was an athlete in college and high school and so I was obviously not a part of the group of people that you think would get lung cancer," Taylor said.

Like Taylor, many of the 7,000 young adults diagnosed with lung cancer each year are often initially misdiagnosed and told they have bronchitis or pneumonia.

"That's the sad part. In many of these young people (it's) presented in such late stages, because no one is really thinking about the possible diagnosis of lung cancer," Dr. Barbara Gitlitz said.

Gitlitz, a USC researcher, is working with the Bonnie J. Addario Lung Cancer Foundation to get to the cellular level of what causes young lung cancer.

Researchers are looking for young lung cancer patients from around the world to participate in a study. Candidates with cancer under 40 can sign up on their website.

After chemotherapy, doctors were able to remove Taylor's right lung. She attended the International Lung Cancer Congress to share her story.

"It could be someone like me who's 28 years old, who's healthy with the rest of their life ahead of them, they could be the person with lung cancer," Taylor said.