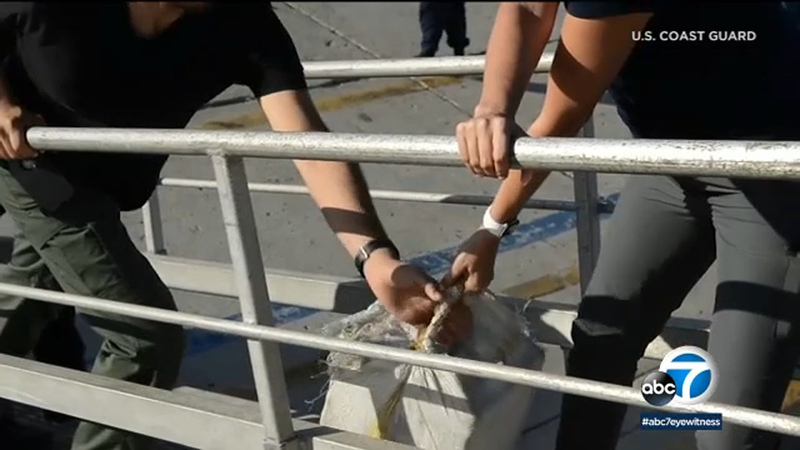 $92M worth of seized cocaine offloaded in San Diego

SAN DIEGO, Calif. (KABC) -- More than $92 million worth of cocaine was offloaded by the United States Coast Guard in San Diego Wednesday.

The drugs were seized in international waters of the Pacific Ocean off Mexico, Central and South America between late July and early October, according to a press release from the Coast Guard.

Three different Coast Guard cutters were involved in the operation, including the Alert, the Robert Ward and the Seneca.

"I am extremely proud of this crew for doing their part to keep these dangerous drugs off the streets," said Commander Tyson Scofield, Alert's commanding officer.