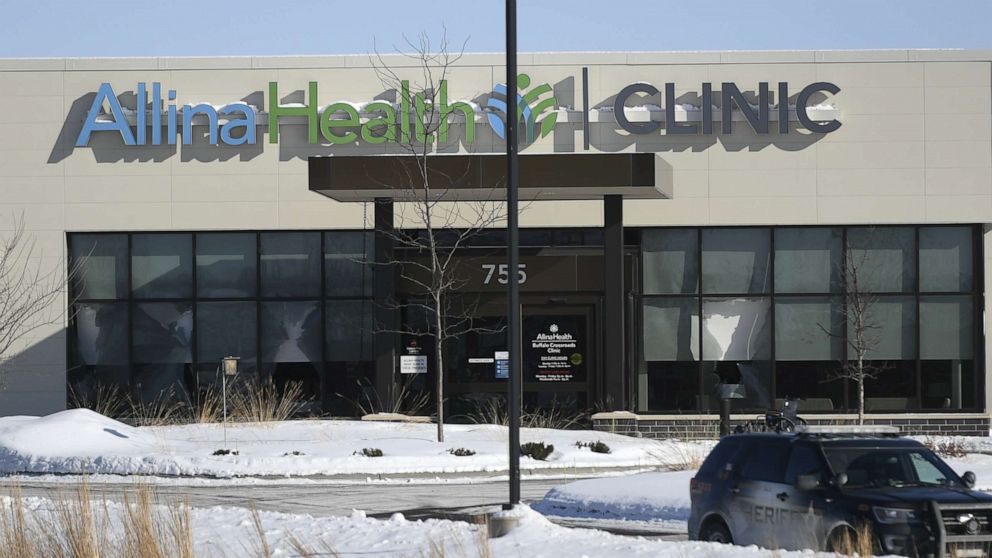 A woman is dead and four other people were injured after a man opened fire at the Allina Health Clinic Crossroads campus in Buffalo, Minnesota, on Tuesday, the Buffalo police said.

Authorities believe this was a targeted incident and that the suspect acted alone, Budke and Deringer said.

"There is no information at this point that leads us to believe there is any nexus with any type of domestic terrorism," Budke said.

Five patients were transported from the clinic to local hospitals after the shooting, which was reported at 10:54 a.m., said Kelly Spratt, president of Buffalo Hospital. A spokeswoman for Hennepin County Medical Center told ABC News later Tuesday night that a patient who was transferred to their care succumbed to her injuries.

The victim was identified by family members on Wednesday as Lindsay Overbay, 37. Overbay was a medical assistant at the Allina health clinic, according to her family.

A representative of North Memorial Health Hospital said later Tuesday one of those patients was discharged.

"Our North Memorial Health family stands with our friends and community members at Allina Health. We will continue to partner with them and provide whatever support is needed following today's tragic event," Samantha Hanson, North Memorial Health's chief administrative officer, said in a statement.

On Wednesday evening, the hospital said the three other victims remained hospitalized, with one in critical condition, one in fair condition and one in good condition.

After the victims were removed from the building, the sheriff's team conducted a secondary search of the facility, which yielded a suspicious package in the corner of the lobby, the police said. The sheriff's team contacted the Minneapolis bomb squad, who was still on the scene Tuesday afternoon.

Deringer told reporters his office and Buffalo police have received "several calls for service calls" regarding Ulrich dating back to 2003. The sheriff said the suspect was living at a Super 8 Motel in Buffalo.

Officers evacuated the motel and found suspicious devices inside, according to Deringer.

Ulrich has lived in the Buffalo community "for quite a long time" and "has had contact with the health care community during that time," according to Budke.

"There's a history of him being unhappy with the health care he received," he said.

Ulrich was arrested in late November 2018 "on the charge of violation of a harassment restraining order," according to the Wright County Sheriff's Office's Dec. 3, 2018 activity report.

He was released on his own recognizance, ordered not to carry any firearms and banned from entering Allina Clinic and Buffalo Hospital unless he was transported by medical personal for emergency treatment, according to court documents obtained by ABC Minneapolis affiliate KSTP.

Minnesota Sen. Amy Klobuchar tweeted that Buffalo, about 50 miles northwest of Minneapolis, is "not far from where I grew up."

"So sad for all those there at clinic and those injured and praying for their recovery," she tweeted. "Thanks to those saving lives right now. Gun violence must stop."