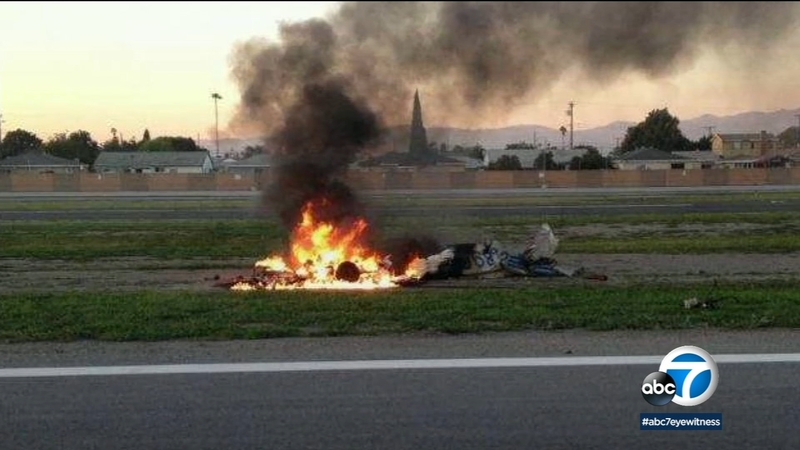 The crash was reported just before 7 p.m. It appeared to involve a vintage Vietnam-era T-28 aircraft and a small plane that appears to be a Cessna.

The small plane was destroyed and burned up in the crash. One pilot was apparently ejected from one of the aircraft and killed.

Pieces of the aircraft are littering the runway and the wing landed about 100 yards away from the main fuselage.

Witnesses say it appeared the Cessna had already landed and was taxiing when the other pilot, possibly having trouble with the setting sun, also tried landing on the same runway and crashed into it.

One person was killed when two small planes collided in a fiery crash at Compton/Woodley Airport Wednesday night.

Firefighters and law enforcement officials were on the scene.

Paramedics transported another person from the scene in an ambulance.

It wasn't immediately clear if the planes crashed while in the air or on the ground. The cause remains under investigation.
Report a correction or typo
Related topics:
los angeles countycomptonplane crash
Copyright © 2021 KABC-TV. All Rights Reserved.
More Videos
From CNN Newsource affiliates
TOP STORIES 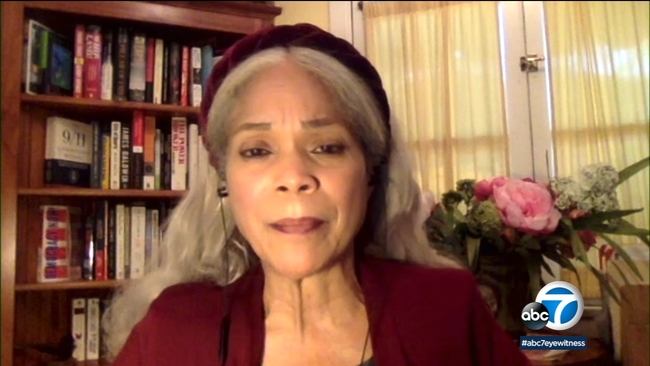