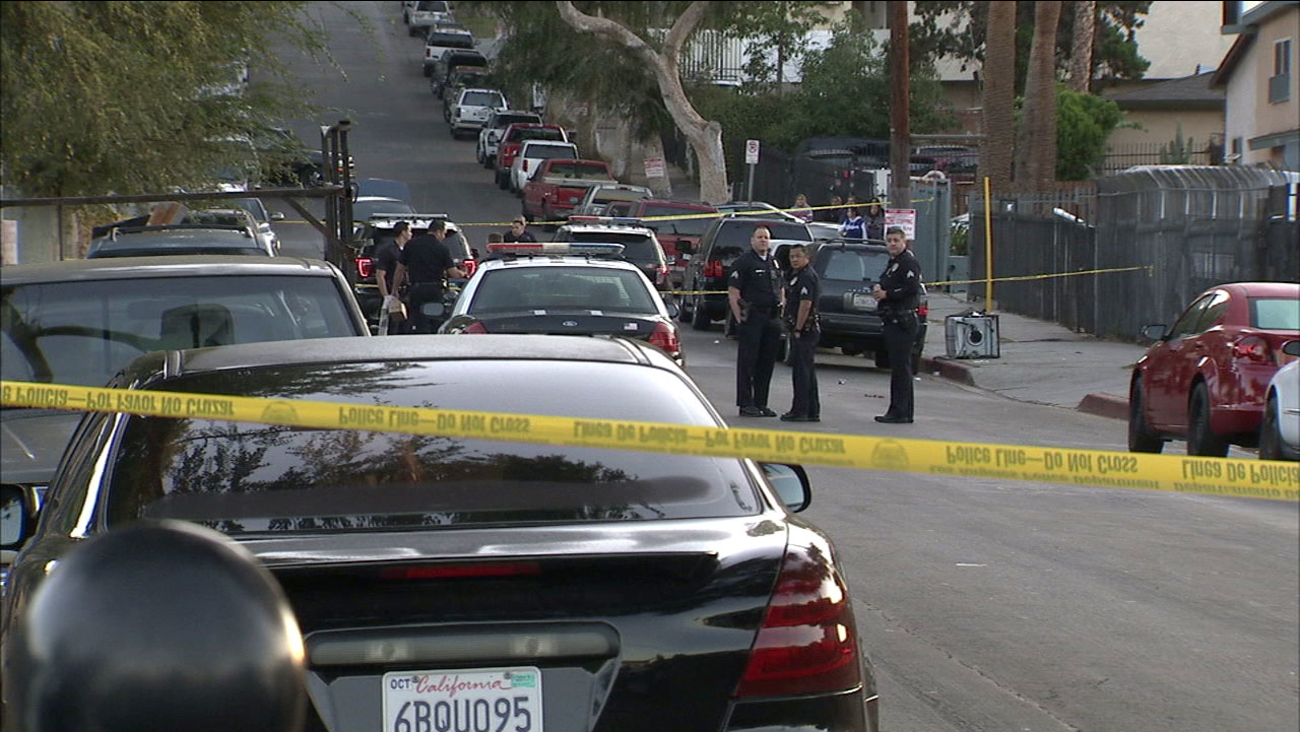 Police at the scene of a shooting in the Glassell Park area of Los Angeles on Sunday, Sept. 24, 2017.

The shooting happened just after midnight in the 3300 block of Drew Street, according to Sgt. Alan Iz of the Los Angeles Police Department.

The suspect allegedly opened fire on a victim and then turned the gun on him or herself.

The victim was pronounced dead at a nearby hospital

The severity of the suspect's injuries was not immediately clear, but police were able to take the person into custody.

FDA authorizes Pfizer's COVID-19 vaccine for ages 12 to 15
Get paid to take a nap for new study
Mother Day's party in Hollywood turns deadly after shooting
Bill and Melinda Gates divorce was in the works for 2 years
Tiger roaming Houston neighborhood owned by man on bond for murder
Show More
Great Wolf Lodge in OC has 200 jobs up for grabs
Fauci: It may be time to relax indoor face mask mandates
Newsom declares drought emergency for 39 CA counties
Caitlyn Jenner: CA immigrants should have path to citizenship
Another shooting reported on SoCal roads
More TOP STORIES News