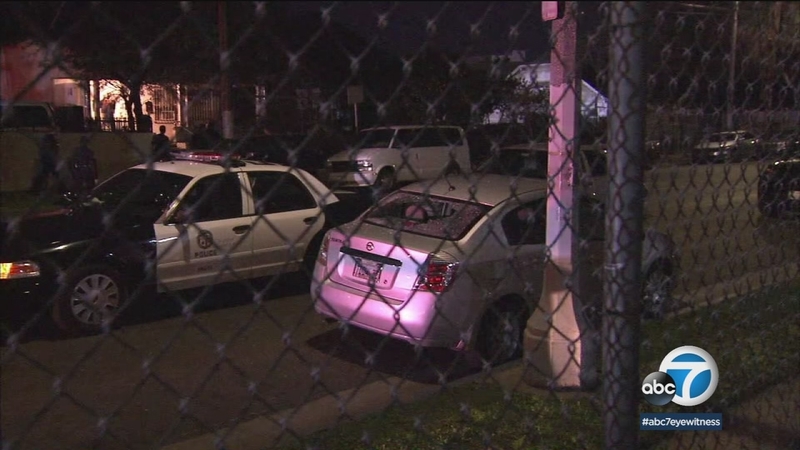 PICO-UNION, LOS ANGELES (KABC) -- A fight that started at a Pico-Union home spilled onto the streets and turned into a brawl that left several people injured Monday, authorities said.

"It was a family dispute with another family that escalated and we ended up with three victims," LAPD Sgt. Danielle Wells said.

The brawl started around 7 p.m. near 17th Street and South Union Avenue. It then spread over to 18th Street and Toberman Street, authorities said.

Officers who arrived at the scene saw people running. One man who was stabbed in the abdomen was transported to a local hospital in critical condition, according to police.

Detectives said during the fight the victims were hit with hammers and sticks.

"After they arrived here, they found some evidence of a crime and we were able to take one suspect in for questioning," Detective Frank Moreno said. "We found some shattered glass, a vehicle with a shattered window and we found some drops of blood that are consistent with a cutting."

Two other women, including a 15-year-old girl, were treated for minor lacerations, police said.