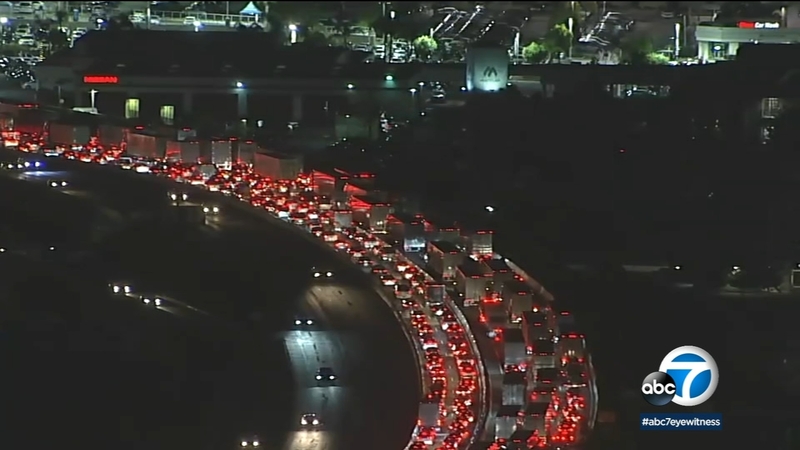 UPLAND, Calif. (KABC) -- The 10 Freeway was reopened in Upland on Saturday morning, more than 12 hours after a California Highway Patrol officer shot a man who authorities said was armed with a knife.

The shooting, which occurred about 3:30 p.m. Friday near San Antonio Avenue, prompted a complete shutdown of all lanes in both directions as an investigation was conducted at the scene.

Officers responded to the area after receiving a call about a man in the passenger seat of a car who was "causing harm to himself," the CHP said. When they arrived, authorities said they found the man standing in the center median on the eastbound side of the freeway at Euclid Avenue.

The man then "began approaching the officer in an aggressive manner, with the knife in his hand," according to a news release. The officer opened fire, striking the man, after giving several verbal commands to drop the knife.

The suspect was transported to a hospital in unknown condition, the CHP said. No officers were injured in the confrontation.

Eastbound and westbound traffic resumed shortly after 4 a.m., according to Caltrans.

Download the ABC7 Los Angeles app on your iPhone or Android device and opt into push notifications to get the latest developments.