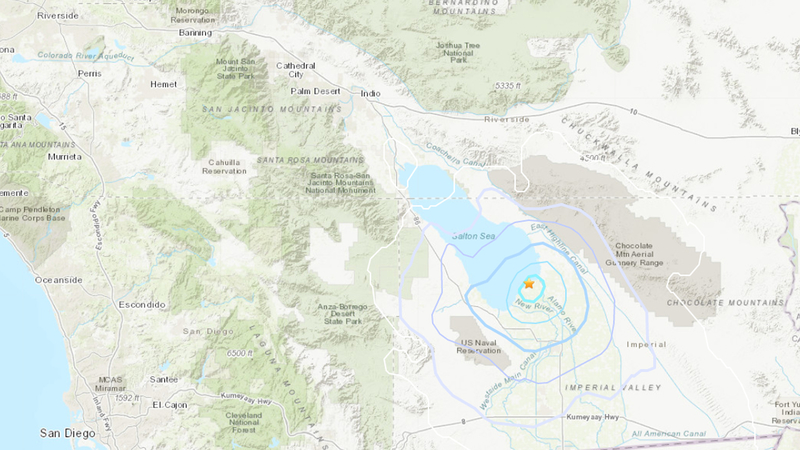 The quake hit at 5:01 p.m. just west-northwest of Calipatria at a depth of about two miles. There were more than a dozen smaller quakes in the area registered shortly afterward, including another registering 3.8, in addition to several smaller ones that were recorded earlier in the day.

The Salton Sea area is prone to earthquakes and in the recent past has reported significant earthquake swarms - hundreds of small temblors recorded over a period of days.

There were no reports of damage or injury.

Tuesday is the 50th anniversary of the destructive Sylmar earthquake.

Gathering the proper supplies to have on hand in the event of an earthquake can feel overwhelming, but you might have more on hand than you think.