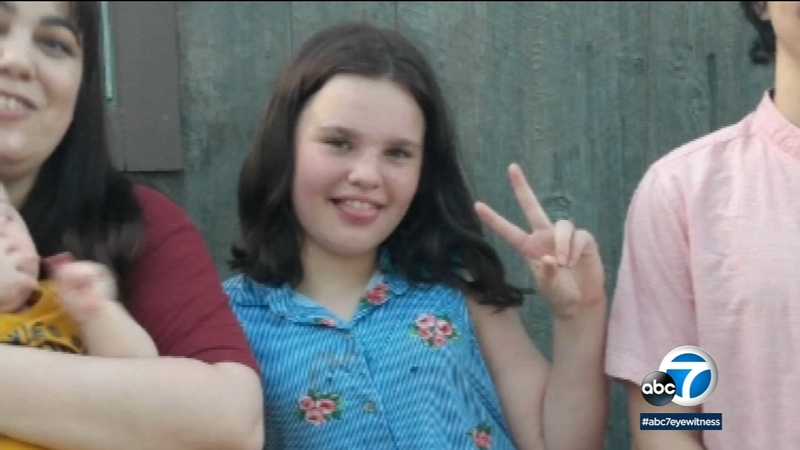 An 11-year-old Florida girl who escaped from a would-be kidnapper spoke out after the incident, describing how she used a technique she saw on the TV series "Law & Order: Special Victims Unit" to help authorities catch the suspect.

The brazen kidnapping attempt was captured on surveillance video released by the Escambia County Sheriff's Office.

The victim, Alyssa Bonal, told ABC's "Good Morning America" that only one thing was on her mind during the terrifying encounter: "Will I die today? Will I get to live the rest of my life?"

Her mother, Amber Bonal, said in the interview that the attack occurred in broad daylight as her daughter was waiting for the school bus.

Video footage from multiple cameras in the area helped catch a suspect within hours after he allegedly tried to kidnap an 11-year-old girl in Florida.

Authorities say Alyssa's quick thinking helped police identify her attacker after she smeared blue slime on her would-be abductor's arm -- a tip she and her mom picked up from the popular TV series "Law & Order: SVU."

"We watch 'Law & Order: Special Victims Unit, and one thing is, in those shows they always talk about if they would have left evidence," Amber Bonal said.

The man arrested and charged in the case, identified as 30-year-old Jared Stanga, appeared in court Wednesday and is scheduled to appear before a judge again next month. He had allegedly approached Alyssa once before, about three weeks ago.

Amber Bonal said that she had walked her daughter to school every day since the first encounter, only missing Tuesday for the first time, to tend to her infant child.

On Thursday morning, she still felt a wave of emotions.

"It's creating guilt, for not going out there," she told WEAR-TV, her voice cracking. "I mean, but I can't let that tear me up because I was going out there. And none of this -- this is not my fault, it's not her fault. It's just that man's fault."
Report a correction or typo
Related topics:
floridaattempted abductiontelevisioncaught on videochild endangermentcaught on camera
Copyright © 2021 KABC-TV. All Rights Reserved.
TOP STORIES
Chase ends with man fighting CHP officers in Simi Valley - Video
1 killed, 5 injured after 2-vehicle crash in Pacoima
LA County gas price reaches new 2021 high
Marine Lance Cpl. Dylan Merola laid to rest at Covina funeral
Santa Monica breakfast spot OP Cafe permanently closes
Mother, 2-year-old son killed in fall at Petco Park before Padres game
Widow of man who died from COVID sues her longtime employer
Show More
Gabby Petito honored at memorial service on her native Long Island
Here's what's in the bipartisan infrastructure bill
Rams-Bucs: Stafford throws 4 TDs in LA's 34-24 win
'Moulin Rouge! The Musical' sashays home with 10 Tony Awards
Malibu Triathlon raises funds for Children's Hospital Los Angeles
More TOP STORIES News