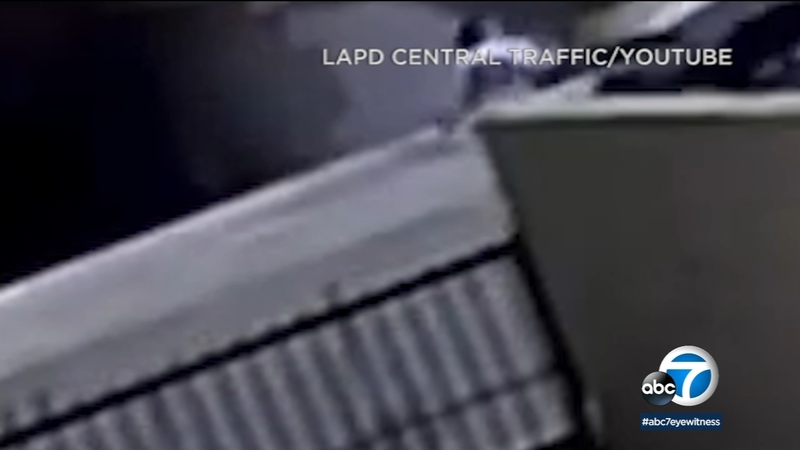 Video: Boy, 11, hit by car while running after ice cream truck in LA

LOS ANGELES (KABC) -- The Los Angeles Police Department has released surveillance video of a hit-and-run crash in which an 11-year-old boy suffered serious injuries in the hopes of finding the driver that fled.

Around 4 p.m. Wednesday, the boy was struck in the area of 42nd Street and McKinley Avenue in South L.A. as he ran across the street trying to catch up to an ice cream truck, according to the department.

In the footage, the driver is seen stopping and getting out of the vehicle, then leaving the scene without rendering aid or identifying himself, as required by law.

The boy suffered what were described as "severe injuries" but additional details about his condition were not released.

The suspect's vehicle is described as a gray or beige 2002 Chevrolet Tahoe SUV, California license plate No. 6SEZ288.

Investigators also say the car was reported as stolen out of the Rampart Division on Sunday.

A reward of up $25,000 is available to community members who provide information leading to the suspect's arrest.