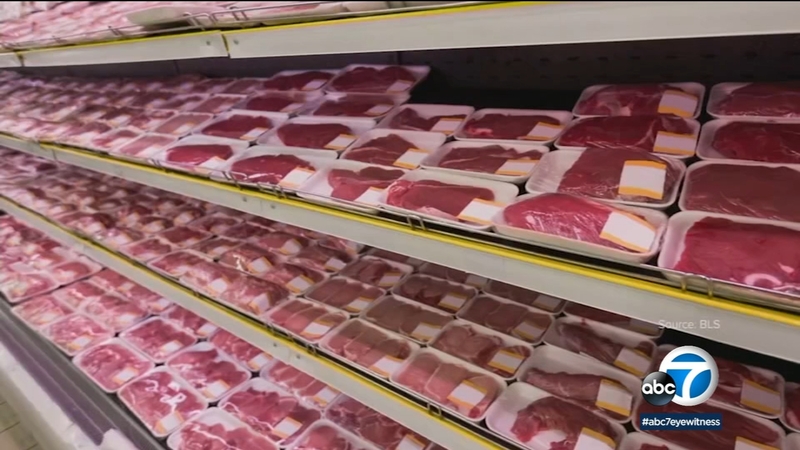 Consumer prices continued to climb at an alarmingly rapid pace last month, according to data from the Labor Department on Wednesday, as inflation woes have cast a shadow over the post-pandemic economic recovery.

The Consumer Price Index, often used as an inflation barometer as it measures the prices consumers pay for everyday goods and services, jumped by a higher-than-expected 0.9% last month. It surged 6.2% since last October, the largest 12-month increase since November 1990, the government said.

The so-called "core index," or measure for all items except the more volatile food and energy indices, rose 4.6% over the last 12 months. This represents the largest one-year increase since August 1991, the Labor Department said. In October alone, the core index climbed 0.6% after a 0.2% increase in September.

Customers in Southern California are noticing a difference at stores known for low prices - everything from groceries to gas.

Mike Fasano and his wife Nora were shopping at a Costco store in Burbank Wednesday and noticed what Americans nationwide are seeing - prices have gone up.

Nora said the tortilla chips she's purchased in the past have gone up by 30 cents. It's not a big deal for her, but it's still a noticeable difference.

"We've gone for a couple of generations now without seeing this kind of inflation," said Financial Times associate editor Rana Foroohar. "So people just aren't used to this kind of hit in their pocket book."

Meat is among the highest increases. Steak is costing 24.2% more than a year ago.

North Hills resident Leslie Mercado said she pays closer attention now to the price of meat and has opted to buy chicken instead.

The spike in inflation is largely due to the pandemic and the extreme backlog at ports.

President Joe Biden visited the Port of Baltimore Wednesday, promising his new infrastructure bill and the unpassed Build Back Better bill will help.

But back in Burbank, shoppers don't have the luxury of figuring out what's causing the price increase. They're just the ones forced to pay it.

"I don't know if it's the pandemic or the politics or all of it," Mike Fasano said. "We just have to get through it. It is what it is."