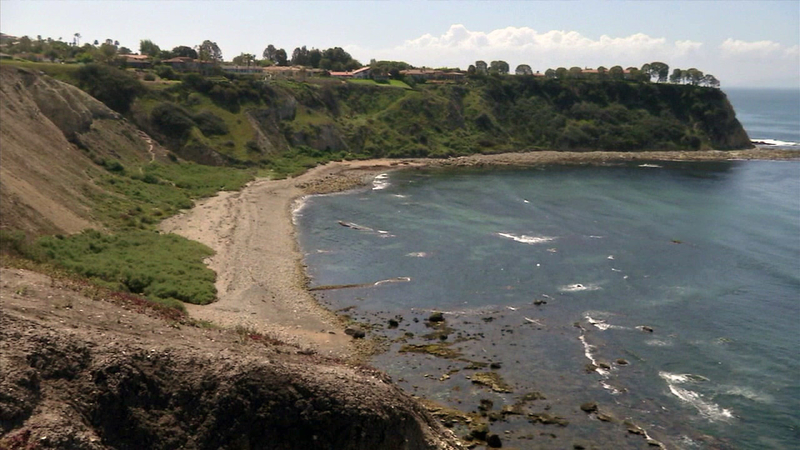 PALOS VERDES ESTATES, Calif. (KABC) -- The city of Palos Verdes Estates and a group of surfers known as the "Lunada Bay Boys" are being sued.

The lawsuit accused the surfers of using violence and intimidation to chase away outsiders. It also claimed the city did nothing to prevent such attacks.

Diana Reed and El Segundo Police Officer Cory Spencer filed a federal class-action lawsuit asking a judge to prevent the group of surfers from gathering at the beach.

Reed described a harrowing incident in which she said the Lunada Bay Boys poured beer on her in February when she tried to hit the waves.

"He grabbed a can of beer, shook it up and sprayed it all over me and the camera and poured beer on my arm," Reed said.

Reed said it's not the first time the group harassed her. She said she was also verbally attacked in January.

"It's a way I have never been treated in my life, so it was very frightening to me, especially as a woman to have a grown man yelling at me like that," Reed said.

The lawsuit also accused authorities of looking the other way as the group threatened non-locals and asked a judge to require the city to investigate and prosecute crimes committed by the group.

"We filed this lawsuit because the beach behind me is a public asset that has been stolen from the public. The thugs that have done this, that have stopped the public from being able to enjoy this place are never going to be able to do this in the future," attorney Victor Otten said.

Reed said she filed a report with the Palos Verdes Estates Police Department when the February incident happened.

"I actually met with the police chief, Police Chief (Jeff) Kepley, regarding this matter and he wasn't very helpful in providing me answers to my questions because all I want to do is identify this individual before I forget what he looks like," Reed said.

The lawsuit also points to concerns about a cliffside patio used by the local surf group.

"The shack is a small part of this lawsuit," Otten said. "It's a coastal act violation. Anytime you build something in the coastal zone it has to be permitted."

Lunada Bay is considered a paradise for surfers with waves reaching 15 to 20 feet high.

"There has been a lot of injustices occurring at Lunada Bay," Reed said. "It's a beautiful public beach and it should be enjoyed by the public and it shouldn't be controlled by a small group of individuals that terrorize the neighborhood."