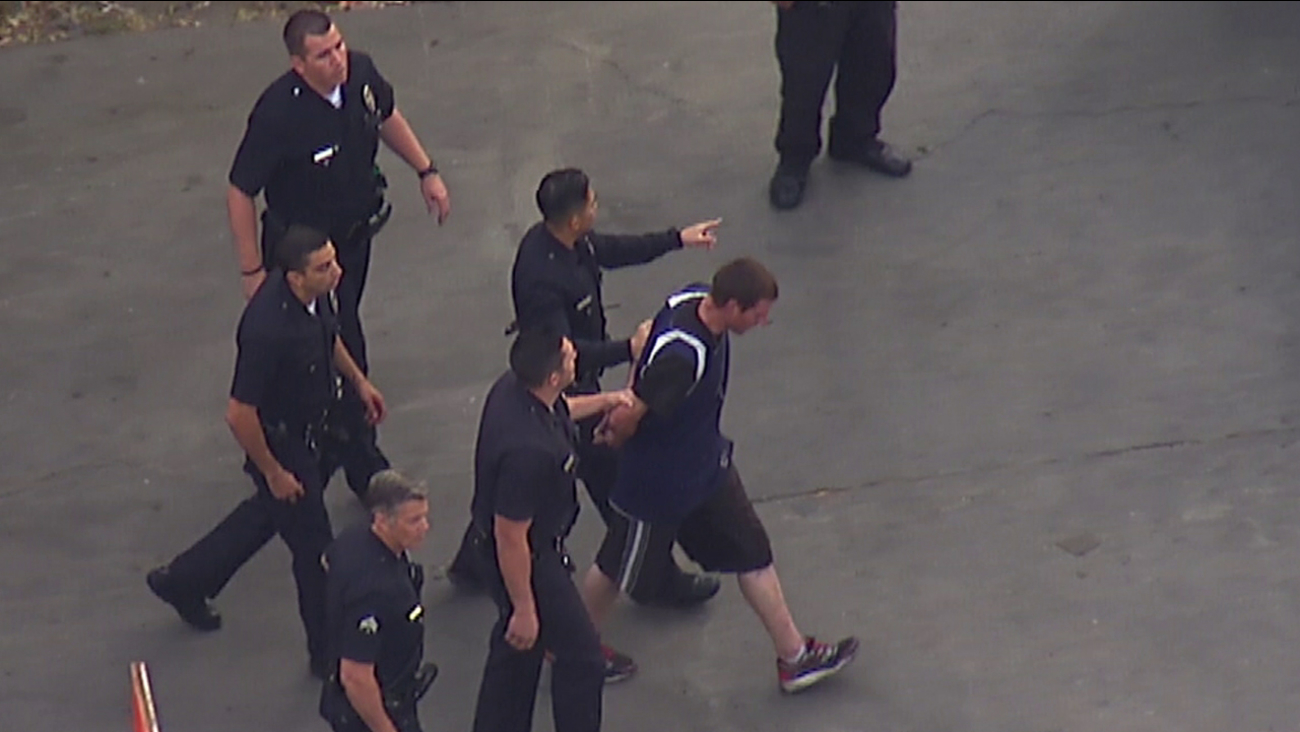 Los Angeles police arrest a suspect near De Garmo Avenue and Pendleton Street in Sun Valley following a short pursuit of a stolen vehicle Thursday, May 5, 2016.

The incident began near Tuxford Street and Lankershim Boulevard when officers spotted the suspect behind the wheel of a vehicle that had been reported stolen.

The suspect took off as police officers tried to pull him over. He crashed into a parked vehicle near De Garmo Avenue and Pendleton Street while attempting to make a turn.

He bailed out of the car on foot and jumped a fence but was shortly taken into custody.

The suspect's name has not been released. No one was injured during the chase.