Ken Fire near 15 Fwy in Devore close to full containment 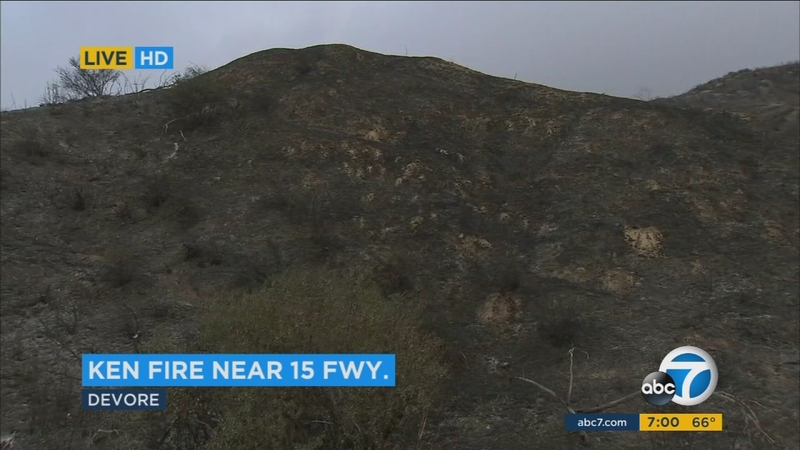 Crews gain upper hand on wildfire by 15 Freeway near Devore

DEVORE, Calif. (KABC) -- Crews gained the upper hand Sunday morning as they battled a brush fire that shut down parts of the road in the Cajon Pass near Devore.

The 20-acre blaze, named the Ken Fire, broke out around 10 p.m. along the 15 Freeway north of the Kenwood Avenue off-ramp Saturday and was moving at a moderate speed, according to officials from the U.S. Forest Service.

The fire prompted a full closure at the 215 Freeway interchange but by midnight, firefighters reached 25 percent containment and reopened some lanes on the 15.

By early Sunday, fire officials said the blaze was essentially out and crews were mostly mopping up. San Bernardino National Forest officials said full containment was expected at 6 p.m, and only one lane of the northbound 15 at Kenwood Avenue was closed.

The hillsides along the 15 Freeway were blackened, showing how badly they were scorched by the flames, but firefighters said cool temperatures and high humidity helped crews in their fight overnight.