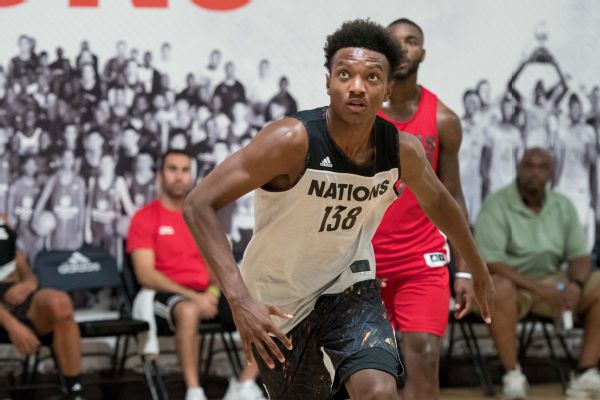 Wendell Carter, who was the top uncommitted prospect in the 2017 recruiting class, has committed to the Duke Blue Devils on Wednesday.

Carter chose the Blue Devils over in-state schools Georgia and Georgia Tech, as well as Harvard. He has reportedly already signed a letter of intent.

Duke was considered the heavy favorite for Carter for most of his recruitment, as the Blue Devils had zeroed in on Carter as their top big man target in the class early in the process. He visited the other three schools on his list, and Harvard was indeed a legitimate option, but Duke was clearly the team to beat.

Duke's frontcourt will look very different in 2017-18, with senior Amile Jefferson graduating and No. 1 incoming freshman Harry Giles likely leaving after his freshman season. Former five-star recruits Marques Bolden and Chase Jeter will likely return, but Carter should slot into a starting spot immediately. Carter and Bolden would form one of the most productive and efficient inside tandems in the country.

Carter is the third member of Duke's 2017 recruiting class. He joins five-star guard Gary Trent Jr. (No. 8) and ESPN 100 wing Alex O'Connell (No. 88). Carter and Trent publicly discussed playing college basketball together several times, with Trent telling ESPN in June it was "100 percent."