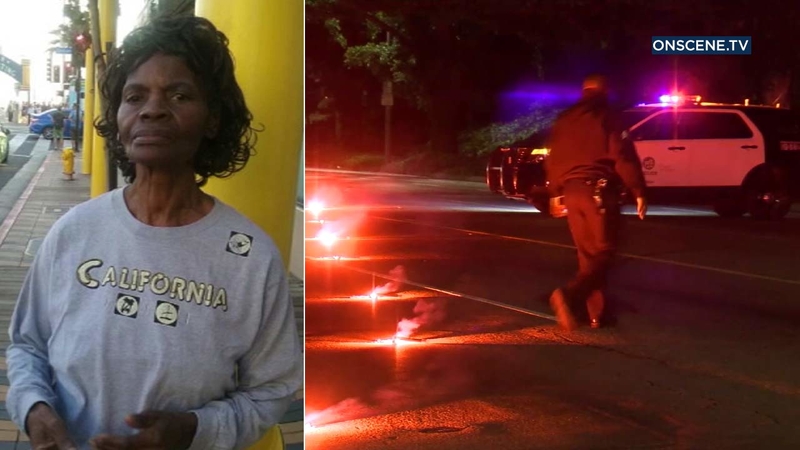 SOUTH LOS ANGELES (KABC) -- A grieving family is seeking closure and asking for the public's help days after a 75-year-old woman was killed by a hit-and-run driver in South Los Angeles.

"She would have forgave the person if he would just have stayed, or if she had stayed there," said Adwin Mitchell, the victim's son.

Betty Grigsby was killed while crossing a street near South Western Avenue and West Century Boulevard around 11:30 p.m. last Friday.

The driver fled the scene

Mitchell said his mother suffered from dementia and somehow snuck out of his home. When family members realized she was gone, they immediately filed a police report and went out searching for her.

They never found her and only found out about her death when they called the coroner's office the next morning.

Grigsby's brother, Roy, said his sister is the sixth person his family has lost in the past two months. He added that his family just buried a relative a few days ago and cannot offer any reward money for information about the hit-and-run driver that killed his sister.

His family is hopeful that someone will come forward.

According to an LAPD database, there have been 3,714 pedestrian hit-and-runs so far this year.