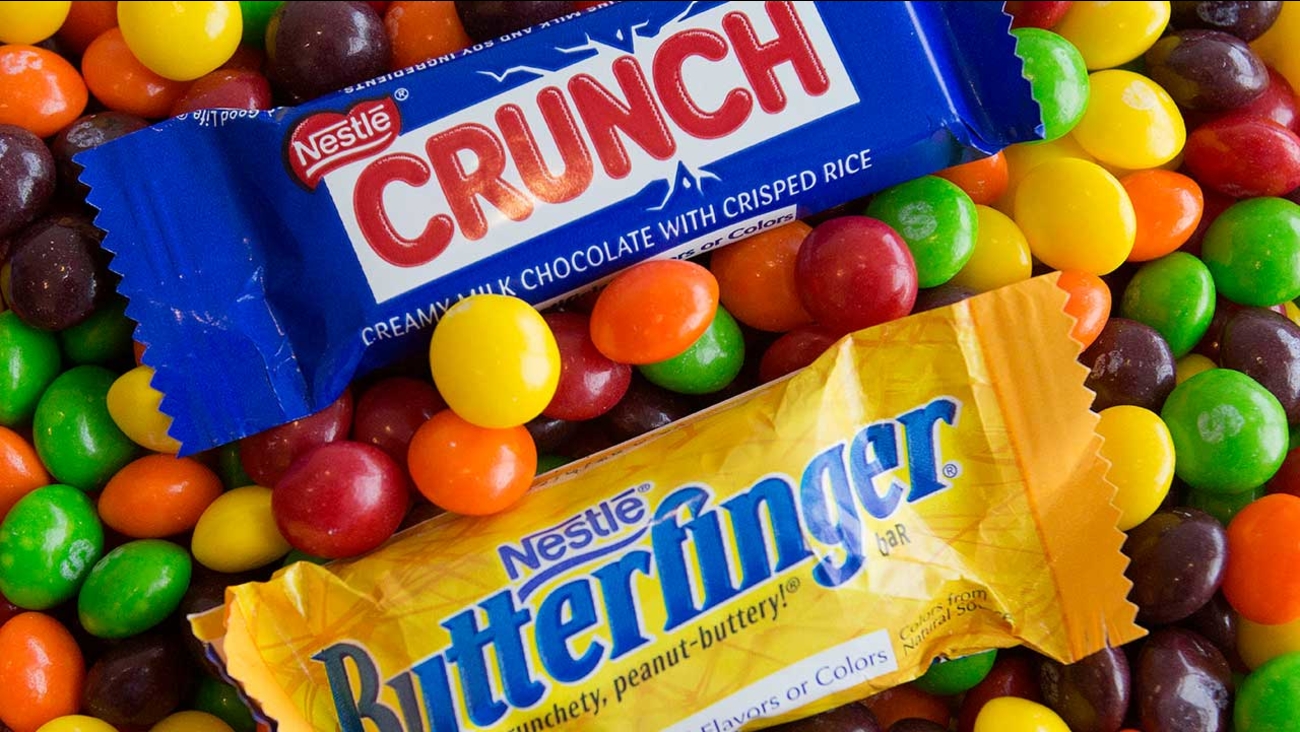 Nestle Crunch and Butterfinger candy bars are arranged for a photo with Skittles, Wednesday, May 25, 2016, in New York. (AP Photo/Mark Lennihan)

Nestle USA officials announced the move Wednesday in the Rosslyn section of Arlington County at an event with Gov. Terry McAuliffe.

Lisa Gibby, a Nestle representative, said there are about 1,200 employees at the existing Glendale headquarters.

Approximately 750 jobs are moving to Virginia, and the others will head to the company's divisions in Ohio and Missouri.

The move is expected to be completed by the end of 2018.

The Rosslyn headquarters will occupy more than 200,000 square feet of office space in the tallest building in the D.C. region. That building has been vacant since its 2013 opening.

The Rosslyn area, just across the Potomac River from the nation's capital, has suffered from a slowdown in federal job growth. McAuliffe has been working to diversify northern Virginia's job base and reduce its reliance on federal spending.

To lure the company, the state approved a $10 million in economic incentives and grants, and Arlington County contributed $6 million.

Nestle is a subsidiary of Swiss-based Nestle S.A.