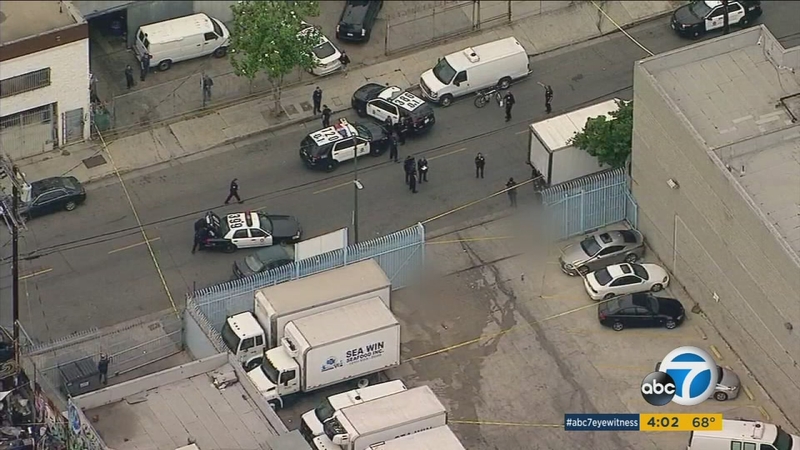 DOWNTOWN LOS ANGELES (KABC) -- Los Angeles police shot and killed two pit bulls and wounded another after they say the dogs attacked a man in his 50s who was walking his dog in downtown LA.

The LAPD responded to a call for help from the scene near the corner of Stanford Avenue and 5th Street around 8:30 a.m. When police arrived, they discovered a man being attacked by multiple dogs.

Graphic video from a bystander shows the pit bulls on top of the man, biting him after they killed his dog.

Officers tried clubbing the dogs repeatedly in an attempt to save the man before drawing their weapons and firing at the animals.

The man was transported from the scene for treatment for lacerations and multiple dog bite injuries. There was no immediate word on the man's condition.