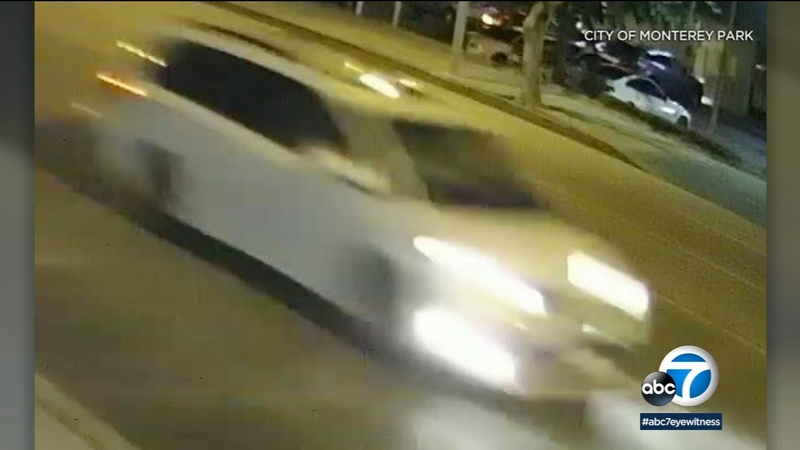 MONTEREY PARK, Calif. (KABC) -- Police are hoping some new pictures will help them find the hit-and-run driver that killed a 14-year-old boy in Monterey Park.

The Monterery Park Police Department released surveillance photos of a white or light-colored minivan and a dark-colored SUV who may have witnessed Monday night's crash near the intersection of Atlantic and Newmark avenues, leaving Joshua Madrid dead.

Madrid was crossing the street on his skateboard when he was struck by a vehicle that fled the scene, according to police.

His parents were made aware of the incident when a police officer answered the teenager's phone.

"We were skating right there and some car just hit him," said friend Matthew Tracy. "How can you do that and not help him back up or something?"

Family and friends gathered at a vigil to remember a 14-year-old boy who was killed in a hit-and-run crash in Monterey Park.

"It makes me very angry, and I know whoever did this is not going to get away with it," said April Carson, the victim's aunt. "It could have been an accident. The fact that you left the scene and didn't even try to render aid to him, that's a crime."